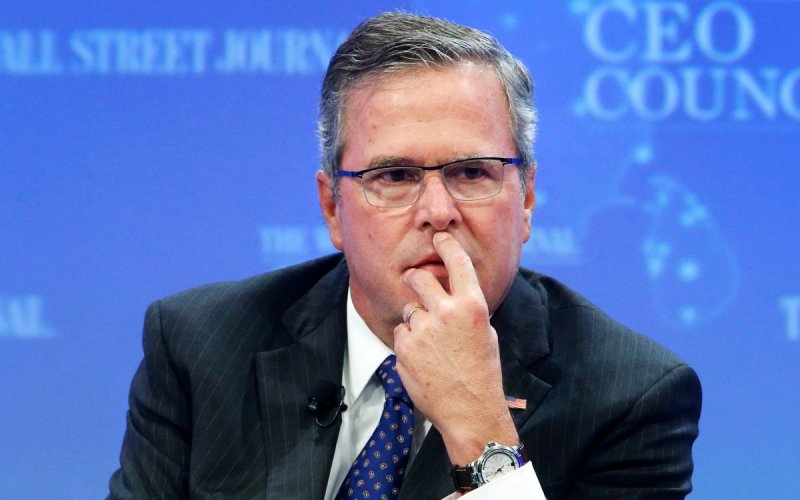 As former Florida governor Jeb Bush suspended his presidential bid tonight, new details were trickling in about the massive investments the Right to Rise super PAC made to prop up his candidacy.

As of today, the group had raced through at least $95.7 million out of the $118.6 million it had collected by the end of January, according to Federal Election Commission filings.

Almost $87 million went into a barrage of television ads, online videos, slick mailers and voter phone calls. The group flew an airplane with a banner mocking Donald Trump over a rally of his supporters, produced a 15-minute documentary detailing Bush’s biography, sent Bush supporters individual video players, took out a billboard mocking Trump and crammed the airwaves in Iowa, New Hampshire and South Carolina. In the final days, Right to Rise kept the spigot on, dumping another $1.9 million into South Carolina and Nevada.

To no avail. Bush’s favorable rating actually plummeted over the course of the campaign, falling from 63 percent in July to 44 percent in January, according to Washington Post-ABC News polls of Republicans nationally.

The super PAC’s failure to help Bush gain traction will be one of the most scrutinized aspects of his failed candidacy, in part because he built his strategy around having the well-funded group by his side. The former governor installed his longtime adviser Mike Murphy at its helm, and spent the first half of last year helping sock millions of dollars into the super PAC – all while maintaining he had still not decided to run.

“You might as well frontload it if you can,” Bush said last year.

Murphy, meanwhile, expressed confidence that the super PAC’s financial might would be overpowering. “Our job is just to amplify his story and what he’s saying and we banked enough cash that nobody’s turning our speaker off,” he told Bloomberg Politics in October.

As Bush failed to gain traction, the super PAC’s donations dried up. It still had $24.4 million at the end of January, but collected just $370,000 that month. The majority, $250,000, was donated by Michigan businessman and Orlando Magic basketball team owner Richard DeVos.

DeVos was already looking elsewhere, however. On the same day, he gave another $250,000 to a super PAC allied with Sen. Marco Rubio of Florida.