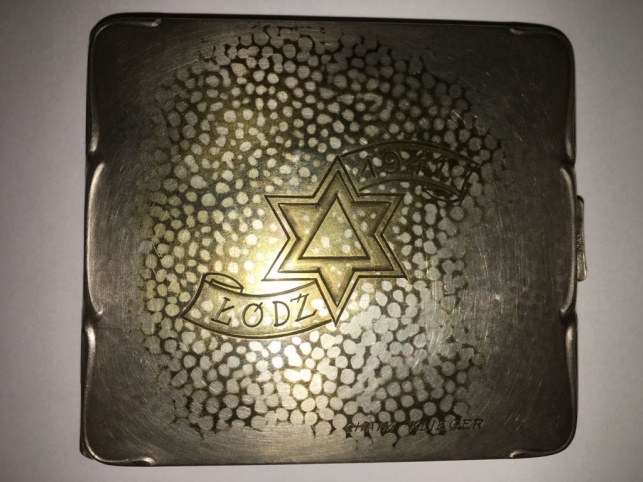 A silver case made by Jewish artisan Chaim Klieger was used to bribe the release of a friend from the Lodz Ghetto prison during World War II. A Polish man who found it lying in war rubble has now donated it to the Shem Olam Holocaust Institute.

“Every time we find an item like this one, it’s chilling,” said Shem Olam Director Rav Avrohom Krieger.

Engraved with a Mogen Dovid, the word “Lodz” and the year “1941,” the case was given as a bribe to Salamon Hercberg, a Jew the Nazis appointed in charge of the ghetto jail.

Klieger survived the war and died in Brazil in 1956.