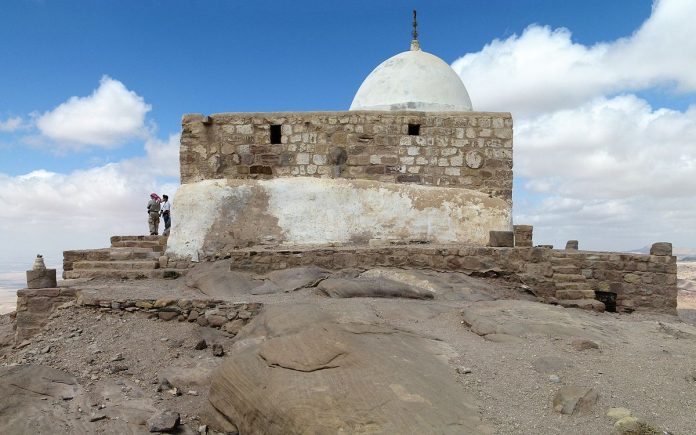 >>Follow Matzav On Whatsapp!<<
Kol Haolam reports that a group of Jews visiting Jordan to daven at the kever of Aharon HaKohen on Har Hahar in Jordan on his yahrtzeit yesterday were threatened with jail if they daven and were advised by the Israeli Foreign Ministry to cut short their visit.
Menashe Zelicha of Bnei Brak said that “policemen came into the hotel and were shouting and went wild, saying that in a minute they would take us out of Jordan if we made even a tiny squeak. They told us, ‘Whoever prays will be taken to jail.’” Guards at the border refused to let them bring in books, talleisim or tefillin.
Rosh Chodesh Av is Aharon HaKohen’s yahrtzeit, the only one mentioned specifically in the Torah.
{Kol Haolam / Matzav.com Israel}