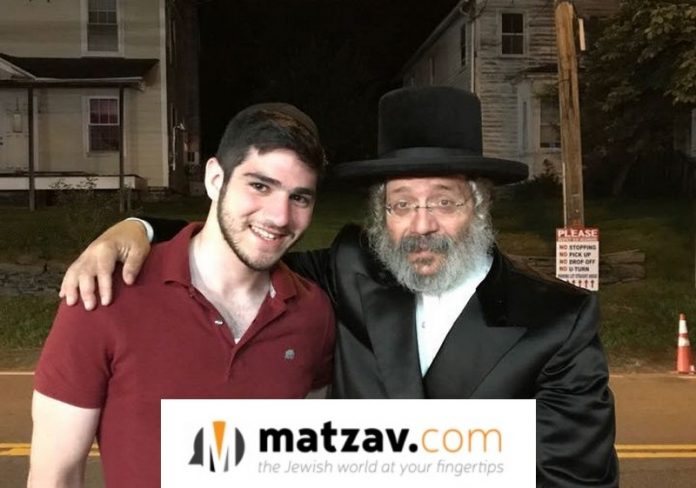 The shock and sadness Yidden have felt over the tragic passing on Chol Hamoed of Yisroel Levin z”l, 21, and Elisheva Kaplan a”h, 20, a chosson and a kallah who were killed a week after their engagement in an automobile accident, has not abated. As the families conclude shivah, family and friends continue to mourn and remember, trying to take lessons from the tragedy while remembering the two special people taken in the prime of their lives.

Meanwhile, the New York Daily News reports that Brooklyn Supreme Court Justice Matthew Sciarrino said on Erev Shabbos that he admits that he was too lenient with the individual who caused the crash that took the lives of Yisroel and Elisheva. Instead of jailing Zakiyyah Steward, Sciarrino twice directed the 25-year-old into a court-mandated alternative-to-incarceration program – a program that she was later expelled from due to alcohol and drug use and bad attendance.

Steward was drunk and high when she caused the horrific crash near Kennedy Airport on Wednesday morning of Chol Hamoed. Steward was charged with possession of drugs and driving while under the influence of drugs and alcohol.  Too little and too late, Steward is now incarcerated in Nassau County on a $25,000 bond.

The News quotes Sciarrino as saying, “We were unsuccessful getting her the treatment she needs as it was detailed in these reports. Driver in fatal crash near JFK ‘should have been locked up.’ I’ll take the blame for giving her too many chances.”

The News also quotes Brooklyn Assistant District Attorney Robert Zweibel as saying that Steward’s blood-alcohol content was .076%, a shade below the legal limit of .08%. “The defendant was high on marijuana and drunk and driving in an extremely reckless manner that resulted in a fatal crash where two people died,” Zweibel said.

Steward had first been arrested in mid-March for repeatedly burglarizing a cafe where she had formerly been employed and stealing $3,000.

Yisroel was a son of Rabbi and Mrs. Shaya and Leba Levin of Flatbush. Elisheva was a daughter of Mr. and Mrs. Joel and Leah Kaplan of Far Rockaway.