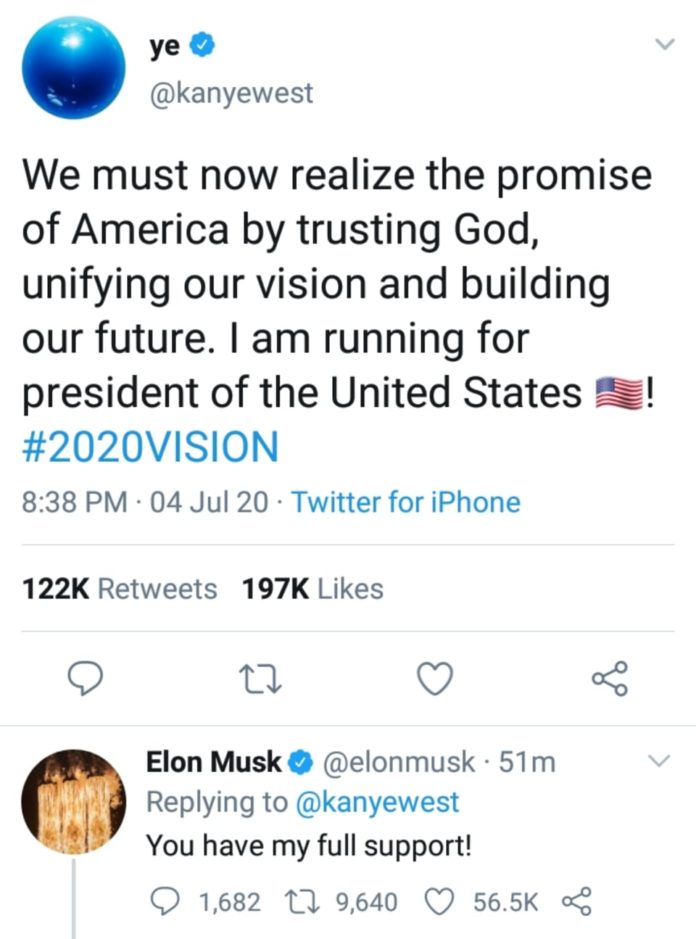 Kanye West let off a July 4th fireworks display of his own today by announcing that he is running for President this year.

Within minutes, incumbent Donald Trump seemingly lost not just one, but two of his highest profile supporters as SpaceX founder Elon Musk also took to social media to give the ‘Power’ rapper his backing.

Whether or not Ye will truly square off against the former Celebrity Apprentice host (who West once said was a “Superman” in an often bizarre 2018 Oval Office meeting) and former Vice-President Joe Biden in November, today’s declaration is not the first time West has said he has eyes on the White House. Back in 2015, West said he would launch a Presidential race for 2020, in January 2019 the “Trump all day” fan teased a 2024 bid and just last November asserted to a Fast Company corporate conference that he would be going for the ballot box in 2024.

Then again, with the possibility that West race could siphon votes off Biden to Trump’s advantage, to quote Kanye’s 2010 track Power: “No one man should have all that power/The clock’s ticking, I just count the hours.”