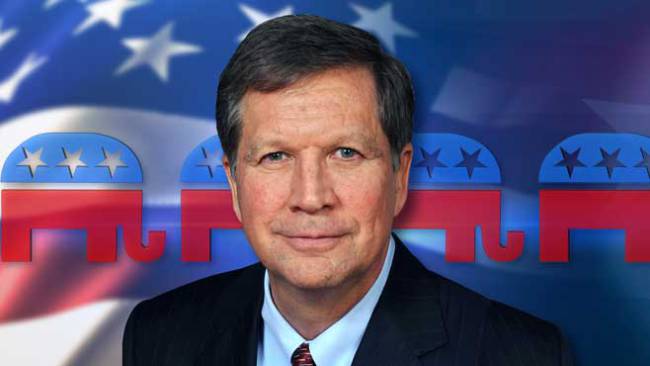 Ohio Republican Gov. John Kasich on Sunday downplayed reports that he’s moving closer to mounting a primary challenge to President Donald Trump in 2020, saying he’s “rooting for him to get it together.”

Kasich, who ran unsuccessfully for the GOP nomination last year, insisted during an appearance on CNN’s “State of the Union” that he wants Trump to be successful and that he believes the president can move beyond the controversy over his comments on the Charlottesville violence.

“He has it within him, if he can maintain discipline, he has it within him, I think, to overcome this and move forward,” said Kasich, who was among those critical of Trump’s comments last week that “both sides” were to blame for the violence that erupted at an event organized by white nationalists.

Willie Geist of the “Today Show” reported last week that people close to Kasich told him there was a growing a sense of “moral imperative” to run against Trump in 2020.

“I don’t have any plans to do anything like that,” Kasich said on CNN when asked about the report. “I’m rooting for him to get it together. We all are. We’re like seven months into this presidency.”

Trump is planning a campaign-style rally on Tuesday in Phoenix. The city’s mayor has requested that Trump postpone the event, citing fears that violence could break out at a time when emotions are still raw from the Charlottesville unrest.

Asked about that, Kasich said he thinks it’s all right for Trump to speak in Phoenix, citing his free-speech rights.

“But when you go, try to use that as an opportunity to say something that’s going to bring people together,” the governor suggested.

He said some of the onus is on those around Trump.

“People around him have to get to him, including his own family, to say, ‘OK, you need to show leadership, you need to bring the country together,'” Kasich said.