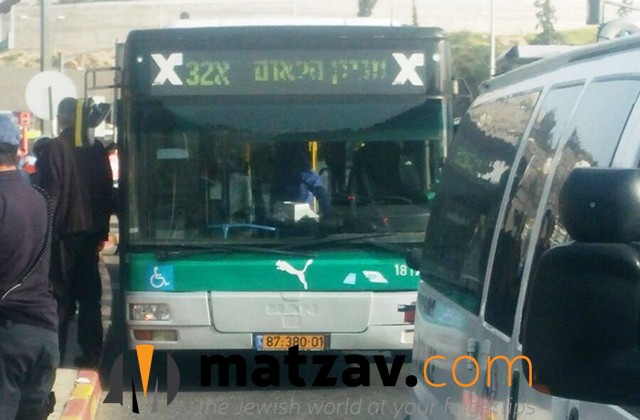 A moving story took place on bus number 425 from Ohr Yehuda to Yerushalayim. A Chareidi soldier in uniform boarded the bus on his way home from the base where he is serving, carrying his rifle and a large backpack on his back. The soldier reached into his pocket to retrieve his military I.D., which would exempt him from paying, but could not find it.

The soldier attempted to explain to the driver that he was serving in the army, as his uniform indicated, but the driver did not relent and demanded that the soldier pay for the ride.

While the soldier struggled through his pockets to find enough money for the fare, an Avreich sitting behind the driver who overheard what was going on, reached into his own wallet and handed the driver the exact amount needed for the soldier’s fare.
The soldier kindly thanked the Avreich and told him that he will find a way to pay him back.

The Avreich responded, “No way, you don’t need to pay…you are serving…soldiers don’t pay”.

Yisroel Kohn, who was on the bus at the time of the moving exchange, witnessed the entire episode and posted it on his Facebook account. Within hours, the post went viral and received a lot of positive responses.

Kohn told Bechadrei Chareidim, these days when there are those that harm soldiers, this story moved me exceptionally. In my eyes this is a true Chareidi,I don’t know who this Chareidi is, but he made a tremendous Kiddush Hashem today”.

Kohn added that, “unfortunately the media portrays a fanatical minority as the Chareidim”. Read more at Bechadrei Chareidim.