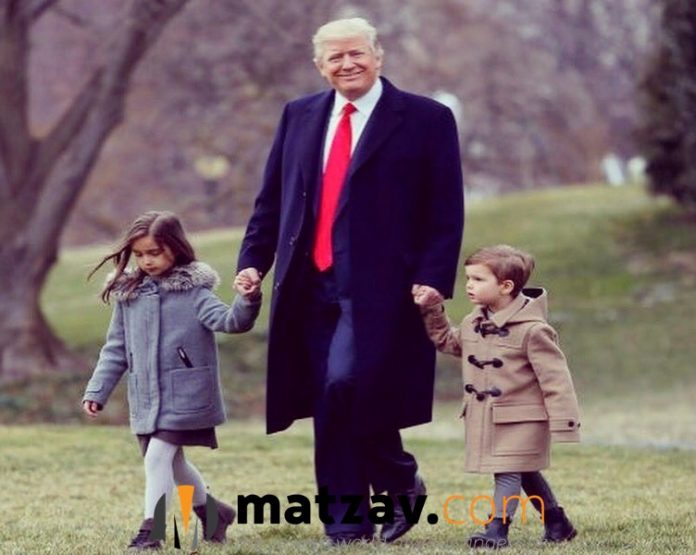 President Donald Trump’s son-in-law and senior advisor Jared Kushner opened up about his time in the White House, as well as his children’s relationship with their grandfather, during an interview with CNN Monday.

“He’s a great father to his children and a really great grandfather,” Kushner said, going on to explain how dedicated Trump is to his einiklach.

“We work very long hours in the White House and early on my kids would come over to visit me for dinner some nights when I’d be staying late and he heard that they were there and I didn’t bring them by and he said, ‘What’s going on?’ So every time they’re there I make sure I bring them by the office.”

Kushner also detailed how Trump enjoys pampering the grandkids with treats Ivanka doesn’t give them at home.

“He has a little candy drawer where he knows how to makes sure they get stuff their mom won’t let them have. He really loves his family and he gets a lot of pleasure out of that.”