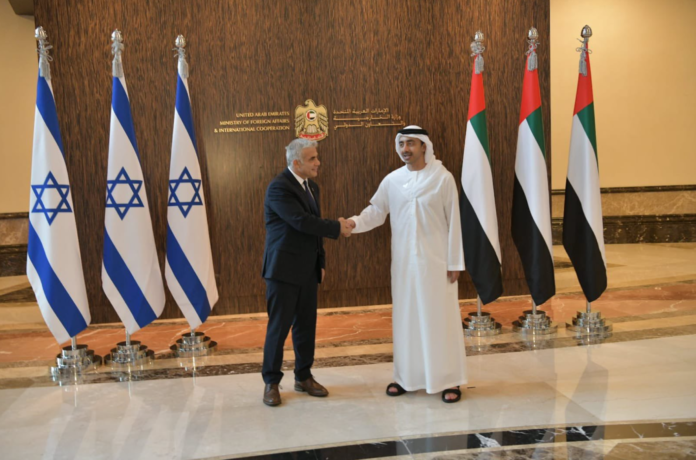 Speaking during a ribbon-cutting ceremony in his first official visit to the UAE, Lapid reached out to other adversaries in the Middle East in a call for peace.

“We are standing here today because we chose peace over war, cooperation over conflict, the good of our children over the bad memories of the past,” Lapid said, according to Breitbart.

“Agreements are signed by leaders but peace is made by people.”

In what was seen as an uncharacteristic move, Lapid thanked his rival Netanyahu, crediting him as “the architect of the Abraham Accords and who worked tirelessly to bring them about.”

Israel wants peace with all its neighbors,” Lapid added.