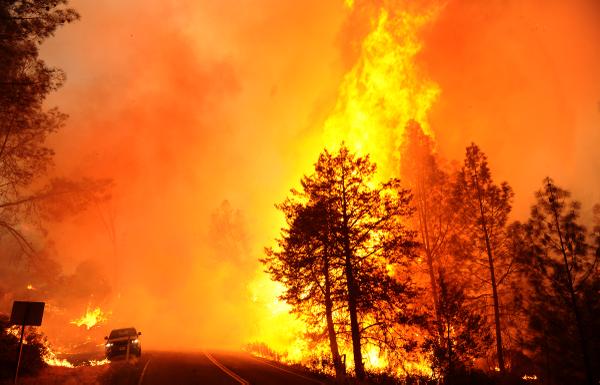 The Lebanese military said an Israeli drone, which violated Lebanon’s airspace, dropped incendiary material and sparked a fire in a pine forest by the border on Sunday.

The fires near the border in Lebanon “originate with operations by our forces in the area,” the Israeli military said in a statement without elaborating.

The Lebanese army statement said it was following up with UN peacekeepers but gave no further details.

Residents and security sources at the border in south Lebanon say Israel has in recent days fired flare bombs into the Israeli-occupied Shebaa farms along the border.

Israel’s military said on Saturday it had ordered extra forces to deploy near the border, amid rising tensions with Lebanon’s Hezbollah movement.

The leader of Iran-backed Hezbollah, Sayyed Hassan Nasrallah, said his field commanders were prepared to retaliate for a drone attack in Beirut’s suburbs a week ago, which he has blamed on Israel. The two old enemies last fought a deadly month-long war with each other in July 2006.

Lebanese soldiers, who do not have air defense systems, opened fire at Israeli drones in southern Lebanon earlier this week.

Israeli aircraft regularly enter Lebanese airspace, but it is rare for Lebanon’s army to target them. Beirut has sent several complaints to the United Nations before about Israeli drones and jets breaching its airspace.