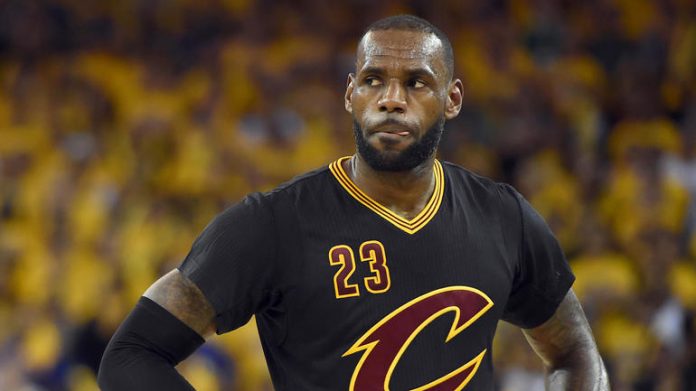 >>Follow Matzav On Whatsapp!<<
LeBron James jumped into the fray between President Donald Trump and NBA star Stephen Curry on Saturday, calling Trump a “bum” for rescinding an invitation to Curry that had already been rejected.

After Trump called out Curry on Twitter on Saturday morning for “hesitating” to accept an invitation to visit the White House with the Golden State Warriors, James pointed out that Curry had actually already turned the president down. Curry “already said he ain’t going! So therefore ain’t no invite. Going to White House was a great honor until you showed up,” he wrote. Trump had earlier lashed out at Curry for not respecting the “great honor” of being invited to the White House..Read more AT THE HOLLYWOOD REPORTER.