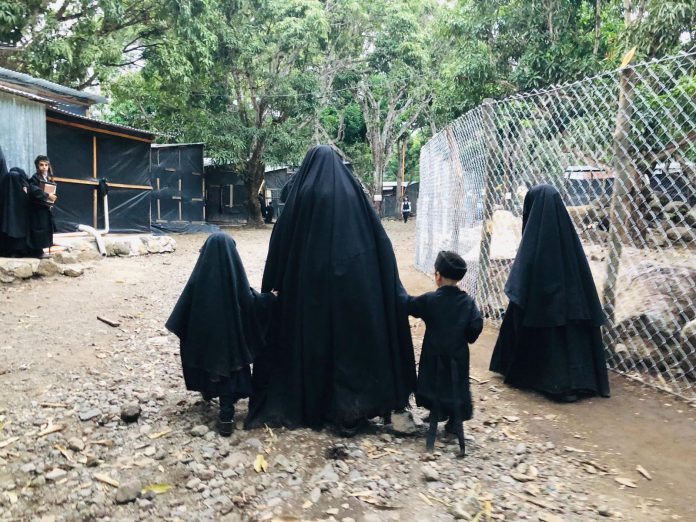 Israel and the US are working to prevent members of the Lev Tahor cult from moving to Iran, amid fears they could be used as a bargaining chip by Tehran. Members of the Lev Tahor group applied for political asylum in Iran in 2018. Documents presented at a US federal court in 2019 showed that leaders of the fringe cult requested asylum from Iran and swore allegiance to Supreme Leader Ayatollah Ali Khamenei, Times of Israel reports.

According to the Ynet news site, concerns were building that hundreds of members of the group, mainly based in Guatemala, could be trying to move to Iran after dozens of families were spotted at the airport in Guatemala, apparently on their way to the Kurdistan-Iran border.

The report said that relatives of the Israeli cult members had contacted the Foreign Ministry and Justice Ministry and asked them to urgently contact their Guatemalan counterparts to prevent the families from leaving. Relatives of American members were making similar requests to the US State Department.

“The Shalit deal will look like child’s play next to this,” they said, referring to the 2011 prisoner deal with Hamas in which Israel released 1,027 Palestinian terror convicts in exchange for soldier Gilad Shalit, who had been held captive since 2006.

According to the report, the Guatemalan authorities have already detained a number of the cult members who hold US citizenship and were allegedly on their way to Iran in recent days, after a request from American authorities.

The report said the cult was initially planning on moving to the Erbil region of Iraq, which borders Iran.

A first group has already traveled to the region, with additional members now trying to make their way by air from Guatemala or initially traveling to Mexico and El Salavador before flying out to the Middle East.

Rabbi Zvi Gluck, director of Amudim, told Ynet the sect has around 280 members with Israeli, American or Canadian citizenship, most of whom even have dual citizenship. “Most of them are Israeli citizens, so I expect the Israeli government to do everything in its power to find a way to act and help these people,” said Gluck. “If there is a raid on the place, they will not be able to take the children because there is no documentation about [their births]. In addition, when a new family joins the cult, their passports are taken away from them.”