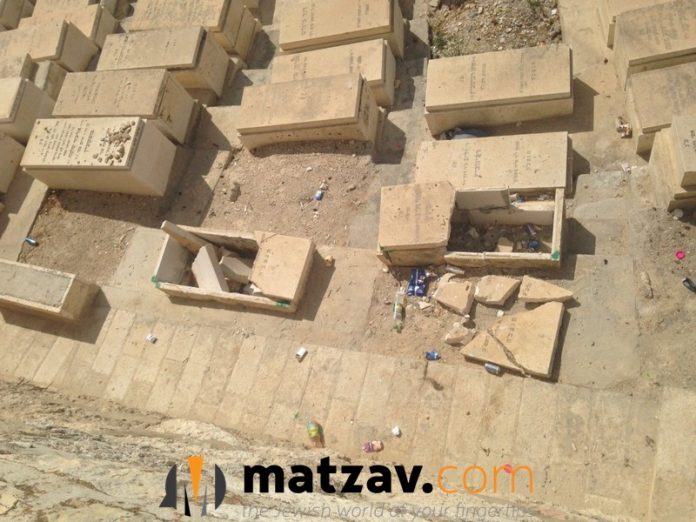 “Those who vandalized and destroyed hundreds of Jewish headstones at the Mount Carmel Cemetery in Philadelphia and at the Jewish cemetery in suburban St. Louis had the same motive as those who demolished 45,000 Jewish graves on Har Hazeisim in Yerushalayim,” said Menachem Lubinsky, co-chairman of the International Committee for the Preservation of Har Hazeisim (ICPHH). Standing in front of huge areas of destroyed graves on Har Hazeisim this week, Mr. Lubinsky said: “The hoodlums and vandals know very well that amongst the fundamental values of the Jewish people is the sanctity of life and respect for the dead.” He added: “They know that when they destroy and topple graves that they are plunging a dagger in the heart of every Jew.”

Lubinsky noted that as many as 23,000 graves remain to be restored on the 3000 year-old Har Hazeisim which in recent years, thanks to the ICPHH, has greatly improved security. This was accomplished through the installation of a network of surveillance cameras, a police station, a garrison of Border Police, and most recently the construction of a new wall/fence on the Eastern section of the cemetery. 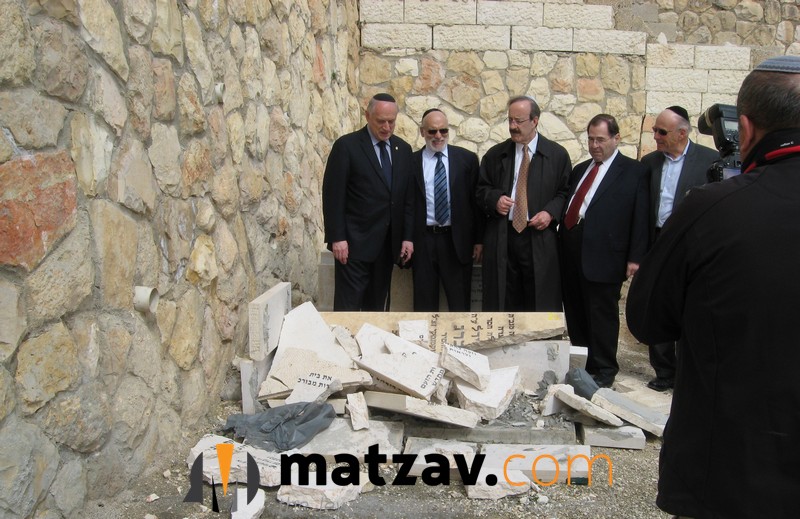 Despite signing an Armistice Agreement that was to allow Jews access to Har Hazeisim, the Jordanians not only banned Jewish burials and access but proceeded to build roads, housing, hotels and even latrines from tombstones they destroyed (1948-1967). “We know that if we do not protect our past, our future is also in doubt,” the ICPHH leader said. “It is unfathomable that these gravesites remain in such a state and after 50 years these holy neshamos still do not have headstones.” Mr. Lubinsky said ominously that perhaps “Missouri and Philadelphia were a reminder of our sacred obligation to honor our dead.”

The ICPHH recently announced that it was launching a worldwide campaign to fund the restoration of the desecrated graves. “We dare not allow our enemies to believe that we do not have the resolve to protect the resting places of our departed,” the organization said. “Anti-Semitism of all forms must be uprooted, but especially when it targets those who no longer have a voice and cannot defend themselves. This is especially true for Har Hazeisim, which is the historic cemetery of the Jewish people.”

Founded in May 2010, the ICPHH has raised the consciousness of world Jewry and others to the tragic conditions on Har Hazeisim that included frequent vandalism of graves, drug trafficking, soccer matches using tombstones as goalposts, donkey races and even storing of construction materials, not to speak of the encroachment of local Arab houses on the cemetery. Working with all levels of government, the ICPHH has successfully restored security and is in the process of pursuing several development projects, including the restoration of the 23,000 destroyed graves.