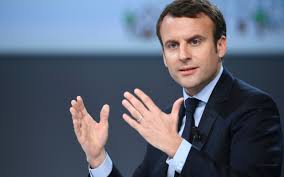 The Paris prosecutor’s office is investigating suspected irregularities in the organization of a high-profile trip to Las Vegas by President Emmanuel Macron when he was a French government minister.

The prosecutor’s office said a formal judicial inquiry was opened Friday into the case after a preliminary anti-corruption probe into the organization of the 2016 trip to the Consumer Electronics Show.

The company tasked with organizing the trip is believed to have won the contract without going through proper open tender procedures, among other suspected problems. Read more at Fox News.