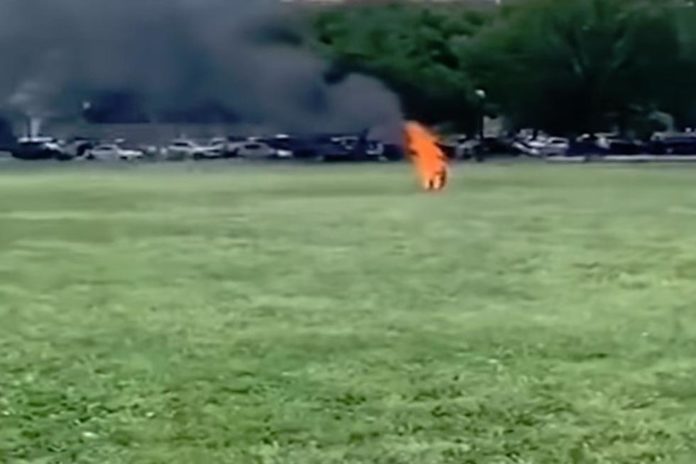 A Maryland man who set himself on fire on the White House Ellipse on Wednesday afternoon has died, according to the U.S. Park Police.

The incident occurred about 12:20 p.m. near 15th Street NW and Constitution Avenue NW.

The man was taken to a hospital Wednesday and was in critical condition. On Thursday morning, Park Police officials said he had died.

Authorities are trying to identify the accelerant that was used and determine whether the man has a car parked in the area.

D.C. Police have taken over the investigation. The Park Police initially assumed jurisdiction because the Ellipse is a national park.

A 17-year-old girl from Alexandria, Virginia, who was sight-seeing with a cousin visiting from Bolivia, saw part of the incident and captured it on video. She sent it to her father, who posted it on Twitter.

The video shows smoke billowing from the lawn near a guard shack and some flames visible above parked cars.

The girl’s father, Krisjan Berzins, said in an interview that his daughter saw “Secret Service agents running toward him trying to extinguish the fire.”

In April, authorities said a man riding a motorized wheelchair set his jacket on fire outside the White House. He was not critically injured and was involuntarily committed for psychiatric help.