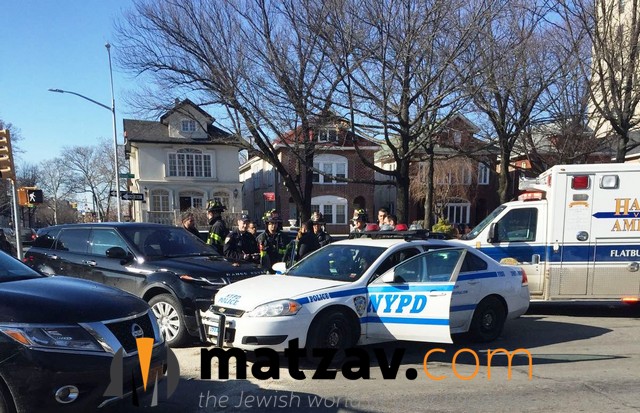 Emergency responders are on the scene of a shooting in Midwood, Brooklyn Thursday morning, CBS2 reports.

The man was rushed to Kings County Hospital in serious condition.

Shots were fired by police officers while responding to a commercial robbery nearby on Avenue P, CBS2’s Jim Smith reported.

It’s not clear whose bullet struck the man that was hit.