The program was again discussing the new series of banknotes that will be issued in 2012 and the personalities that will appear on them. The issue has already resulted in a contretemps between Governor of the Bank of Israel Prof. Stanley Fischer and Minister of Finance Yuval Steinitz.

Maoz said that there is no shortage of leaders, personalities, or other important people worthy of commemoration on banknotes. “There’s Rambam (Maimonides), Sir Moses Montefiore, Abarbanel, Spinoza, and others. There’s no need for only Ashkenazim. Maybe we should put women on our banknotes, or the hero firefighters who died in the Carmel fire. They are no less worthy than the Poetess Rachel. Enough already! I call on the decision-makers to sort this out and put an end to it.”

On Sunday, the Bank of Israel announced that Nobel Peace Prize Laureates prime ministers Menachem Begin and Yitzhak Rabin, Nobel Prize for Literature Laureate Shai Agnon, and the Poetess Rachel would appear on the new banknotes. Begin’s family subsequently announced that they object to his appearance on the new notes. 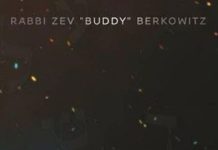