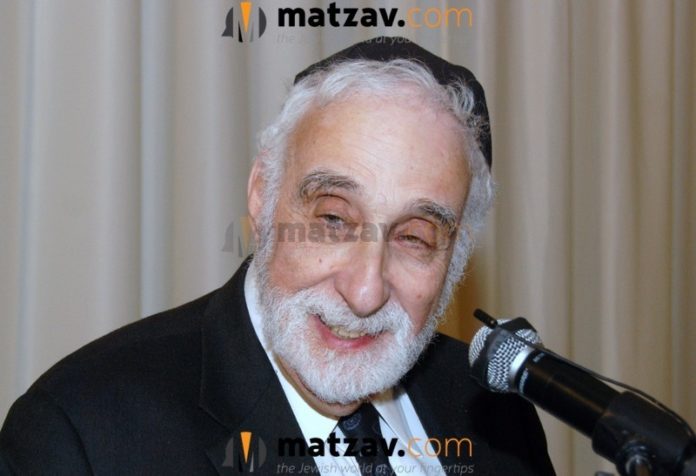 Apart from Schick’s Bakery, my first job was at Barton’s Candy. The bakery should not count because it obviously was a family arrangement and what I did there probably should not be called a job. There are credible claims by people who were there who say that my “work” consisted primarily of ringing up “No Sale” on the cash register and taking out money to buy snacks. Since I was nine when my mother of blessed memory opened the bakery on Sixteenth Avenue in Borough Park, had I been working she might have been in violation of the Child Labor Law.

As for Bartons, Rav Aharon Kotler was, in a way, responsible for the connection. I was involved in Chinuch Atzmai from day one, immediately after its establishment by the great Rosh Yeshiva. Stephen Klein, Barton’s founder and president, became active in Chinuch Atzmai a year or two later, serving as its chairman until his passing in 1978. He was, in my judgment, the outstanding Orthodox lay leader in the post-Holocaust years, a period when our community was fortunate to have an impressive array of lay people who were successful in their careers and devoted to communal service. There were men who were better known, yet he stood out, demonstrating especially in his Chinuch Atzmai activity that subservience to Daas Torah and being a leader are compatible statuses.

Stephen Klein was a successful businessman whose creative mind and instinct for service forged an uncommonly close link between the world of commerce and Klal activity. The most remarkable example, I believe by any standard including what occurs in the larger society, was the stroke of genius that gave birth to a major advertising campaign in the mid-1950s sponsored by Barton’s. Full-page ads were placed in the New York Times and other important publications promoting religious awareness and observance among American Jews. Working with Bill Birnbach who with his firm, Doyle, Dane & Birnbach, rose to fame and prestige in the advertising world around the globe, he conceived a series of ads that promoted vital aspects of our religious life, including the Holy Days, Shabbos and much more.

What Mr. Klein apparently did not foresee was the reaction to this campaign. Barton’s was inundated by an avalanche of requests for full-page reprints. They came from synagogues and schools, organizations and a remarkable number of Jews, as well, I believe, from persons who were not Jewish. The ads were converted into attractive posters and, about then, Mr. Klein hired me to direct the mailing to those who made the request. Millions of posters were sent out, with Barton’s footing the bill. There has never been a religious outreach project like this one.

I worked at Barton’s for about six months, until the campaign ran its course. My office was near Mr. Klein’s, in the front executive section of the large Barton’s facility on Dekalb Avenue in downtown Brooklyn. A substantial proportion of the workforce of about five-hundred were Holocaust survivors. The work, which I enjoyed, exposed what may be described as a culture gap. Without giving it a second thought, I wore a yarmulke on the job. Not long after I began, Mr. Klein told me that he preferred that I wear a golf cap and he handed me one, asking that I use it. This was the preferred sartorial mode of head covering among Barton’s male employees who worked in production and who fulfilled the religious obligation to keep their heads covered. Nowadays, that’s also my preference during the week and that’s been the case since I saw photos of the Chafetz Chaim that invariably show him wearing a Polish peasant cap. But in 1955 or so, I wanted to keep my yarmulke on and did not accept Mr. Klein’s suggestion.

About two months after I began, I realized that I had not been paid and asked Mr. Klein about this. He inquired and came back with the explanation that all Barton employees were required to punch a time clock when they arrived and left and since I had not done that, there was no way that I could be paid. I imagine that most of us would regard this policy as reasonable but I told Mr. Klein that as a boy I had decided that I would never punch a time clock and would not do so at Barton’s. He smiled and relented, making an exception for me, perhaps because he liked me, which he did, or because he recognized that I march to my own drummer. I was paid.

His devotion to Chinuch Atzmai knew no bounds. What he did exceeded what we ordinarily would characterize as super-generosity, particularly when we realize that it was a struggle to maintain Barton’s. This was a successful business, but not a lucrative one. Twice a year, before Rosh Hashanah and Purim, Barton’s mailed out small packets of candy that came with a fundraising letter on behalf of Chinuch Atzmai, to about ten-thousand recipients. Barton’s bore the entire expense. I know of no comparable situation. 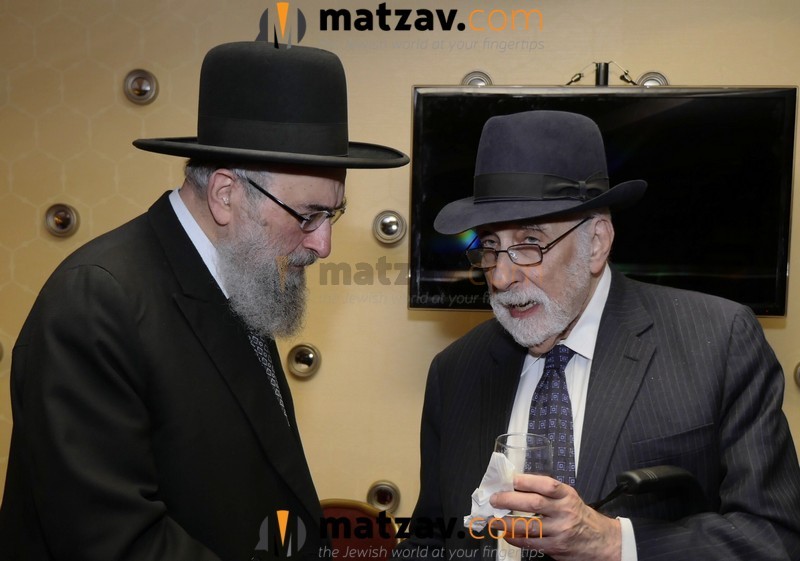 For all of Stephen Klein’s dedication to Chinuch Atzmai, initially as a partner with Rav Aharon Kotler and then after Rav Aharon died working together with other Gedolai Torah, this was not his finest hour. That designation goes to his earlier activity on behalf of Vaad Hatzala, the Orthodox rescue and relief organization, first during the years of the Churban then in the vital rescue work for the She’arit Ha-Plaitah. Here was a man who fled Vienna in 1938, barely escaping the Nazi death machine, coming here after several months of wandering in Europe with his wife and three young children and with responsibility for his extended family of siblings and others. He had no money and initially lived in a small apartment, determined to establish the business that became Barton’s. He was in a new country that he had not been in previously.

What was not new was his elevated sense of responsibility to Klal Yisroel, as was also demonstrated by his brothers, Martin and Eli. Amazingly, before long he was active in Vaad Hatzala, working together with Rabbi Eliezer Silver and Rav Aharon Kotler. There was work to be done and there were people who volunteered. This is what Stephen Klein did: As chairman of Vaad Hatzala’s Immigration Committee, he volunteered in early 1946 to go to Europe under the auspices of UNRRA, the United Refugee and Rescue Administration, leaving his wife and small children. He spent six months in Europe, going to displaced persons camps, helping to open yeshivas and Jewish schools and arranging visas for thousands of Jewish refugees that allowed them to come into the United States. For all of this successful activity, he always felt that he had not done enough and he was certainly disappointed that others who were involved in the United States in rescue work had not done enough.

I once read letters that he wrote while in Europe describing the desperate situation of many survivors and pleading for help. When he returned to the U.S., there was a trace of anger and bitterness. In one letter, after describing the conditions in displaced persons camps, he wrote: “Do we wait again until it is too late and have more innocent lives on our conscience? Perhaps it is already too late.”

Stephen Klein made several other rescue trips to Europe. When Vaad Hatzala ceased operating in the late 1940s, he turned his attention to Torah education, assisting a number of schools and becoming involved in Torah Umesorah. Then came Chinuch Atzmai. He never stopped working for the Klal. This commitment was in his blood, as much a part of his makeup as the need to sleep.

One of his final acts, as he was weakened by illness, was an effort to assist R’tzaad, an old Flatbush day school that had taken on a kiruv orientation and was struggling to survive. He made a significant personal contribution and implored others to help. How do I know? Not long before he died, he called and asked for my assistance.

It was not hyperbole when at a Chinuch Atzmai dinner Rabbi Mordechai Gifter, the esteemed Rosh Yeshiva of the Telshe Yeshiva in Cleveland, said of Stephen Klein, “He is a Torah giant.” Indeed, he was.

This column is part of a Matzav.com historical series paying tribute to and remembering Rabbi Dr. Marvin Schick zt”l, one of Klal Yisroel’s most devoted askanim, whose recent passing has left a tremendous void. Matzav.com is publishing some of Dr. Schick’s uplifting and enlightening articles and commentary, which are chock full of insight and historical commentary. Yehi zichro boruch.