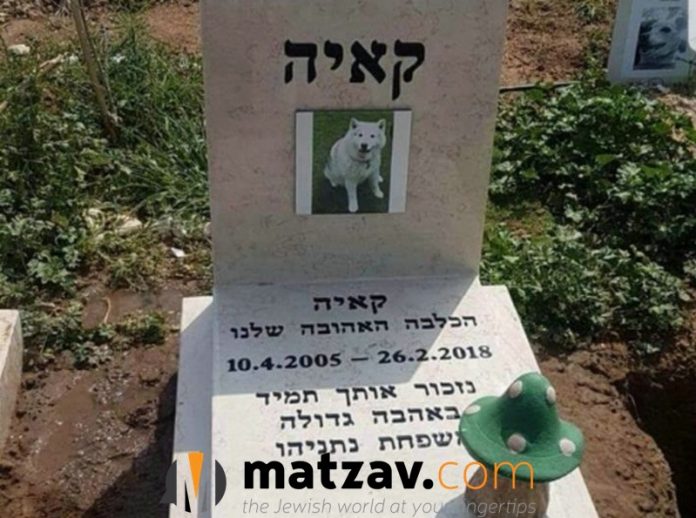 A matzeivah – or tombstone – has been erected at the grave of the Netanyahu family dog, Kaiya, which passed away on February 26th.

Israel Prime Minister Bibi Netanyahu described back then what led to Kaiya’s death. “Two months ago, Kaiya collapsed after a herniated disc in her neck paralyzed her,” Netanyahu wrote back in February. “She underwent two serious surgeries to try to get her back on her feet. After hydrotherapy treatments and oxygen therapy proved unsuccessful, two days ago all of us – my wife Sara, Yair, and Avner – came to say goodbye to her.”

Kaiya was adopted by the Netanyahu family as a rescue dog when she was ten years old.

“Kaiya was part of our family,” Netanyahu said. “How great is our grief at her leaving us. We will always remember her.”

Now Kaiya has a matzeivah, which states “Kaiya” in large Hebrew letters, followed by a picture of the dog. Below that, it says, “Kaiya – Haklba Ha’ahuvah Shelano” (Kaiya – Our Beloved Dog).