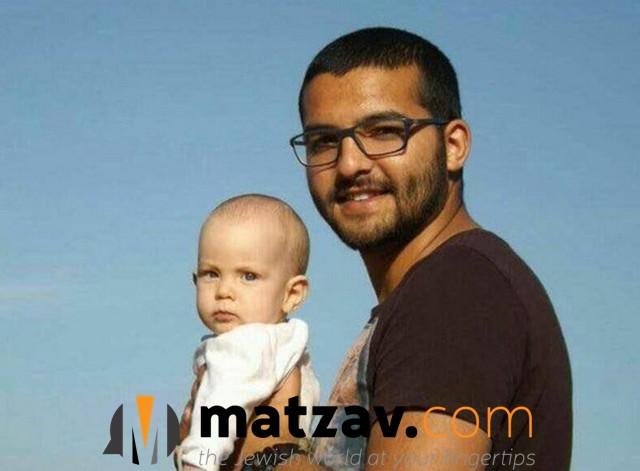 Yael Weissman, the almanah of Sergeant First Class Tuvia Yanai Weissman Hy”d, who was killed in a terror stabbing attack in the Rami Levy supermarket in Sha’ar Binyamin in the West Bank, issued a comment online accusing government authorities of declining her request to engrave the words “fell in battle during a terror attack” on her husband’s matzeivah, Yediot Achronot reports.

Israel’s Defense Ministry has thus far rejected her request, maintaining that Yanai’s actions do not constitute taking part in a battle.

The Defense Ministry said in a statement: “The Ministry of Defense shares the heavy grief of the Weissman family. The soldier commemoration unit works according to the regulations of gravestone writing, and determines the circumstances of death according to information it receives from different security bodies.”

“My beloved Yanai, who would have believed that just a little more than two weeks after the day you fell in heroic battle, during those seconds in which you stormed those terrorists with your hands empty, I would have to contend with systemic inflexibility at its finest. Instead of dealing with how and in what way to commemorate you, I have to deal with making sure the circumstances of your death are accurately stated. I don’t have any complaints regarding our great people and the military, which is embracing us, who made sure to appreciate and honor your brave actions.”

“So this is how it works – the writing on the gravestones of fallen IDF soldiers has several pre-selected wordings, there’s the wording ‘fell in battle,’ and there’s also the wording ‘fell in a terror attack.’ An investigation was held; according to its conclusions that were given to the soldier commemoration unit at the Defense Ministry it was decided that the writing on your gravestone would say ‘fell in a terror attack.’ Yes, just a terror attack. Because that’s what was determined, because that’s what was investigated.”