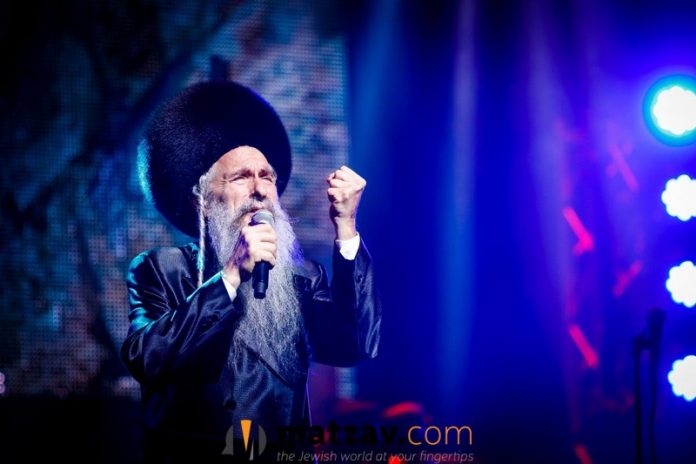 After the controversy that developed following his departure from a stage last week, Mordechai Ben David spoke about the incident on a live broadcast of Menachem Toker’s radio show in Israel.

He explained: “I was invited to a beautiful event, and I did the first music set, during which I sang some slower songs. I kept saying, ‘I’m suffocating. I cannot sing.’ But someone was smoking in front of me and it bothered me. I could not keep singing. It was stuffy and it hindered me. I asked again and again and they did not stop. So I said, if that’s the case, laylah tov, good night. I thought that if I would step off, they would stop, but they did not. The producer of the event finally said that he did not think the people would stop smoking, so we would just complete the show another time. ”

MBD added: “I always ask the sound engineers at these events not to smoke, and they respect the request.”

About his visit current to Israel, he remarked: “I came here for a simcha and I stayed to work with Mona Rosenblum on a new project. I also have work with Yitzy Berry and Eli Klein. I hope immediately after the Yomim Tovim to come out with a new album.”