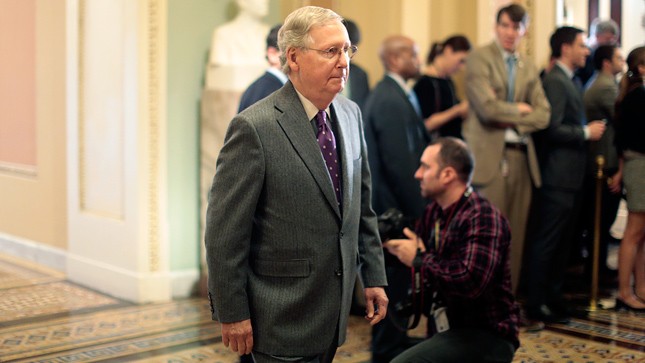 In a four-page letter to Senate Minority Leader Charles Schumer (D-N.Y.), McConnell wrote that Democrats are “sowing the kind of divisions” in U.S. society about the Democratic process that the leaders of Russia and China have aimed to do by expressing repeated concerns around the security of elections.

“Leading Democrats and prominent media voices have spent years downplaying our progress on election security, casting doubt on the legitimacy of elections that Democrats do not win, and abusing this crucial issue as a platform for partisan finger-pointing,” McConnell wrote, pointing to Democrats’ concerns over Postal Service delays and collusion between President Trump and Russia.

“This endless parade of partisan hysteria has furthered our adversaries’ goals to a degree that Putin, Xi, and mullahs in Tehran can scarcely dream of achieving themselves,” he wrote.