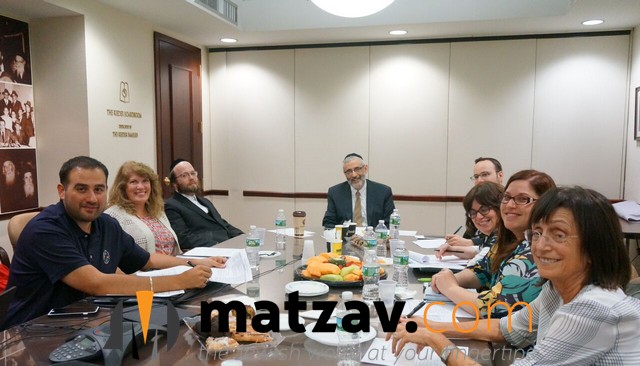 The committee is chaired by Rabbi Chaim Dovid Zwiebel, Agudath Israel’s Executive Vice President, and the event was hosted at the Agudah’s National Headquarters.

Among the subjects discussed were the implementation of ESSA (Every Student Succeeds Act) in New York State, a groundbreaking new education law, easing the roll-out of the new Security Guard program for nonpublic schools, and an initiative surrounding the fingerprinting of nonpublic school staff.