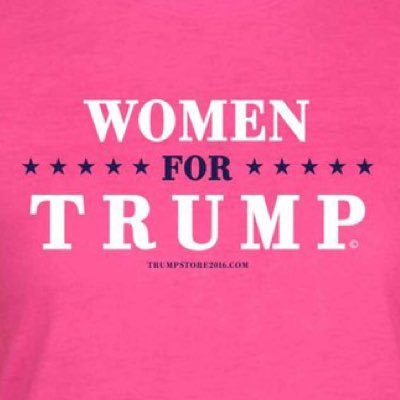 “We need someone who is compassionate . . . someone who will be a role model for our kids. . . . If a [candidate] is erratic, if [they] disrespect our fellow citizens . . . let me tell you, that is who they are,” she said at George Mason University in September 2016. “A candidate is not going to suddenly change once they get in office. . . . And at that point, it is too late. They are the leader of the world’s largest economy.”

But despite Obama’s high popularity, millions of women voted against the first woman to win the nomination for a major party. And Obama is still not okay with that. She told a crowd in Boston this week that she believes women who voted for Trump voted “against their own voice.”

“Quite frankly we saw this in this election. As far as I’m concerned, any woman who voted against Hillary Clinton voted against their own voice in a way. To me, it doesn’t say as much about Hillary ― and everybody’s trying to wonder. Well, what does it mean for Hillary? No, no, no. What does it mean for us as women? That we look at those two candidates, as women, and many of us said, ‘That guy. He’s better for me. His voice is more true to me.’ Well, to me that just says you don’t like your voice. You like the thing we’re told to like.”

The former first lady’s view is in part rooted in her own view of what is best for American women and how Trump disagrees. For example, Trump campaigned as an antiabortion candidate and at one point seemed to suggest that women who got abortions should be punished. Once in the White House, Trump ended the Obama administration’s gender gap wage data collection to help monitor the pay disparities between women and men along with the White House Council on Women and Girls, which monitors the impact of policy on women and girls.

But in addition to having differing politics, Obama doesn’t believe Trump is for the voice of women because he was recorded bragging about using his power and fame to grab women’s genitals without their permission. During his campaign he made degrading comments about a female political rival’s appearance and a female debate moderator. And he has a history of making sexist comments about his employees.

Many women still agree with Obama and have made it known at events like the Women’s March, on social media and at political events.

“A lot of this election was turned by white, college-educated women who now would like to forget about this election and go back to watching HGTV,” Tina Fey said earlier this year at a Facebook Live fundraiser for the American Civil Liberties Union. “You can’t look away because it doesn’t affect you this minute, but it’s going to affect you eventually.”

But what Obama and other critics may not understand is that Trump’s voice actually IS the voice of many of his female supporters – the traditionalist voice that speaks out against a liberal culture that many conservative women feel has left them behind.

“I have always considered myself a feminist,” Guzin Karides, a Trump supporter and former attorney told the New York Times before his inauguration. “For me, I want to be treated the exact same way. That’s not the feel I get from feminists today, they want extra privileges. I gave up my first marriage so I could be a law partner, and then I had to give up on my partnership so I could be a better mom.”

The economy and terrorism were the top issues for voters in 2016, including for women, and Trump’s tough talk on terrorism was attractive to some women.

The majority – 61 percent – of white women without a college degree supported Trump, as did sizable percentages – 45 percent – of white college-educated women, according to Five Thirty-Eight. And many of them were white evangelical Christian women who could not embrace Clinton’s belief that abortion is a women’s issue.

“I would have never been able to guess a billionaire playboy from Manhattan would be the most pro-life president in history,” Penny Young Nance, president of Concerned Women for America and author of “Feisty & Feminine: A Rallying Cry For Conservative Women,” told Christianity Today.

Although some women may agree with Obama: Trump is not the voice for women in America in 2017. But nothing could make those women be “with her.”

“I’m a college-educated, white, working American female, and I have found Hillary Clinton’s arrogance since her days in the White House so off-putting that anything and anyone, including Donald Trump, has more appeal,” Lesley Newman told the Post.

Kellyanne Conway, counselor to the president, speaking at a post-election conference at the Harvard Kennedy School, said women and other Trump supporters didn’t allow Trump’s offensive comments about women to sway them.

“Voters were being told constantly, ‘Stare at this, care about this, make this the dealbreaker once and for all,'” NPR reported her saying. “And they were told that five or six times a week about different things. And yet they went, they voted the way voters have always voted: on things that affect them, not just things that offend them.”