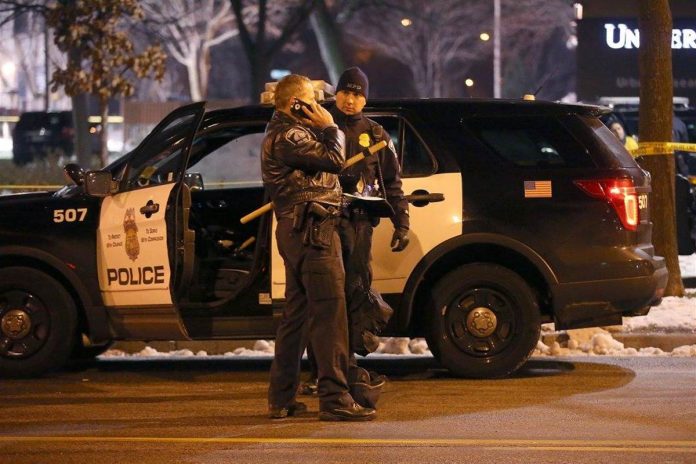 Minneapolis chief of police Janeé Harteau resigned Friday, forced out by the city’s mayor nearly a week after a police officer fatally shot an Australian woman who had called 911.

The case has drawn international scrutiny and criticism, and highlighted the limitations of police-worn body cameras.

Mayor Betsy Hodges, who has previously called the lack of body-camera footage of the shooting “unacceptable,” said in a statement, “I’ve lost confidence in the Chief’s ability to lead us further.”

“For us to continue to transform policing – and community trust in policing – we need new leadership at MPD.”

In a statement tweeted by the Minneapolis Police Department, Harteau said that “I have decided to step aside to let a fresh set of leadership eyes see what more can be done for the MPD to be the best it can be.”

Justine Damond’s death has largely been cloaked in mystery since the 40-year-old was fatally shot, with officials only gradually releasing some details. According to police records and Damond’s relatives, she had called 911 just before 11:30 p.m. Saturday to report what she thought was a possible rape occurring near her home.

Transcripts of Damond’s 911 calls, made public Wednesday, show that she called twice, first summoning officers to her home and then, several minutes later, making sure they had the address right because she could still hear the woman’s screams.

When two officers arrived, investigators said, they were driving near her home with their squad car lights off when a loud noise startled Officer Matthew Harrity, who was driving. Harrity, who spoke to investigators on Tuesday, said that immediately after the noise, Damond approached her open window and Officer Mohamed Noor, sitting in the passenger seat, fired one shot at her.

An incident report released Wednesday showed that at 11:41 p.m., the officers reported a shooting incident and began performing CPR. Damond was pronounced dead 10 minutes later, according to the Hennepin County Medical Examiner’s office, killed by a gunshot wound to her abdomen. Her death was ruled a homicide.

Adding to the uncertainty about what happened, investigators say, Noor has declined to be interviewed by investigators. The Bureau of Criminal Apprehension, the state agency investigating the shooting, said agents cannot compel an officer to speak to them, and that Officer Noor’s attorney has not provided an update on when or if he would speak with investigators.

Thomas C. Plunkett, the attorney, has not responded to multiple requests for comment about the BCA’s statement or whether the officer will ever consent to an interview.

In a statement Friday, the BCA said they have identified a witness who saw the officers providing medical assistance to Damond.

In a blog post Thursday, Hodges said that based on information that investigators have released publicly, “the fatal shooting of Justine Damond should not have happened.”

The mayor has been sharply critical of the fact that even though every patrol officer in Minneapolis wears a body camera, neither officer present when Damond was fatally shot late Saturday activated his, preventing authorities from having potentially key footage of what happened.

“We have put too much time, money, and effort into them to have them fail us when we needed them most,” Hodges wrote of the body cameras. “That cannot happen again.”

At a news conference Thursday, Harteau said, “Justine didn’t have to die.

“I believe the actions in question go against who we are as a department, how we train and the expectations we have for our officers.”

Harteau is at least the fourth chief of a major police departmentforced out in recent years amid controversy over a deadly police shooting or a fatal encounter with officers.

The fatal shooting has provoked international outrage and continued to resonate in Australia. Prime Minister Malcolm Turnbull called it “a shocking killing” and said Australian officials are seeking closure for her family.

“We are demanding answers on behalf of her family, and our hearts go out to her family and all of her friends and loved ones,” Turnbull said in a television interview. “It’s a truly tragic, tragic killing . . . something clearly went tragically wrong.”