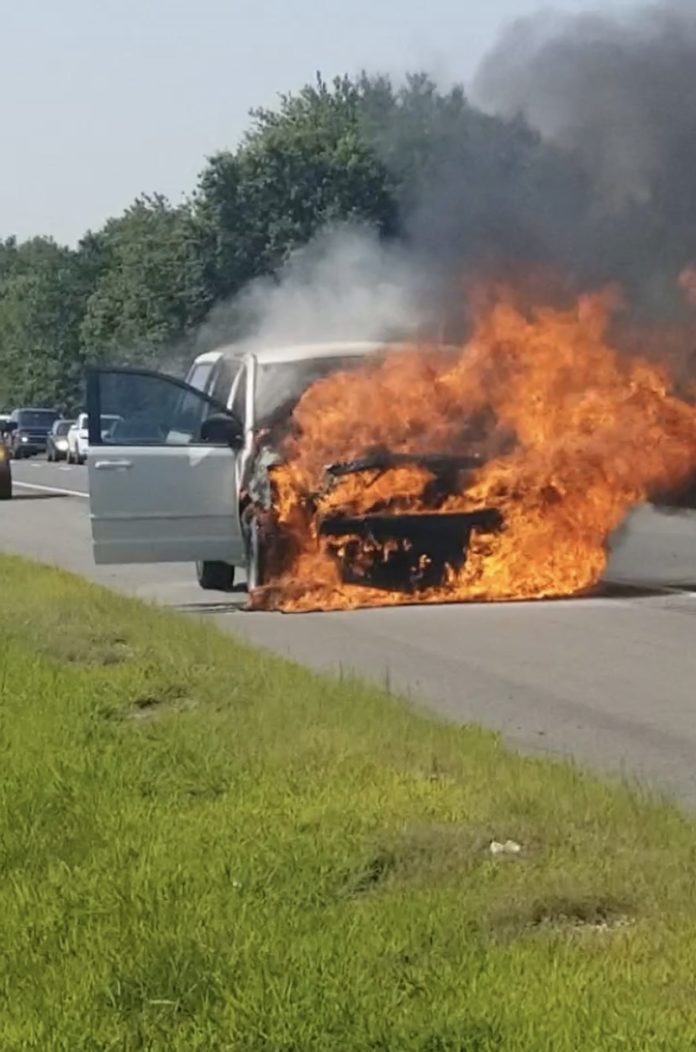 A family is safe and sound after a mother’s quick reactions was able to get her four children out of a van before it went up in flames.

The woman, who was driving with her four children, two of whom are toddlers, had called her brother after her van was inexplicably slowing down while she was driving. Her brother, who is a mechanic, warned the woman to get off the road as her car may be overheating and she shouldn’t get stuck on the road and cause traffic. As the woman began to pull over, she noticed a little smoke seeping out of the front of the car.

The woman immediately told her kids to jump out of the car and the kids obliged, exiting the the vehicle right away, each older child grabbing the two younger ones. Within seconds the car was up in flames and the family stood there dumbfounded at the nes that just occurred.

Fire fighters at the scene recovered a dead possum under the hood of the car that had eaten away at the wires and causing the fire. The emergency workers all noted how fortunate the family was to have escaped the car when they did.

The woman said she’s unsure what compelled her to order everyone out of the car at that exact moment but she attributed the nes to her commitment to saying Nishmas every night to thank Hashem for everything He does.