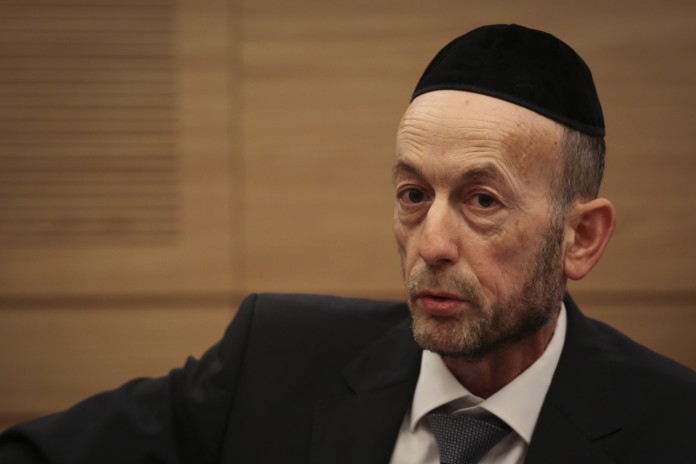 MK Uri Maklev (United Torah Judaism) said on Monday that until Blue and White chairman Benny Gantz does not return the mandate to form a government to the president, there is no chance of a breakthrough in the contacts to form a unity government.

“Nothing will happen in the next nine days and no unity government will emerge. If there is a development it will only be in about 21 days and then there will be pressure on us to compromise. We are preparing for this,” Maklev told the haredi radio station Kol Barama.

The charedi MK attacked Yisrael Beytenu chairman MK Avigdor Lieberman, saying, “He calls Arabs terrorists but is willing to give them power. The Arabs will not support any government if they do not receive their wishes and Lieberman will be the one who gives them what they want.”