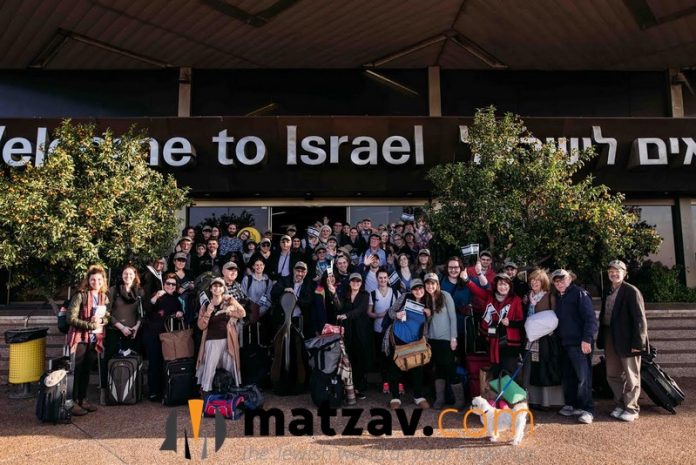 America’s Independence Day will be marked by immigration in Israel, with more than 200 North Americans arriving in the Jewish state July 4 on a flight chartered by the aliyah agency Nefesh B’Nefesh (NBN).

The flight for immigrants from the U.S. and Canada is a joint initiative between NBN, Israel’s Ministry of Aliyah and Immigrant Integration, the Jewish Agency for Israel, Keren Kayemeth LeIsrael and the Jewish National Fund.

The new immigrants hail from 16 U.S. states and three Canadian provinces. Fourteen of the immigrants will enlist in the IDF shortly after their arrival. The group also includes five sets of twins, 34 families, 78 children and 51 singles. Forty-seven of the new immigrants have plans to settle in Israel’s peripheral regions, as opposed to central cities such as Jerusalem and Tel Aviv.

NBN has facilitated the aliyah of more than 50,000 North American and British Jews to Israel during the past decade. JNS.ORG