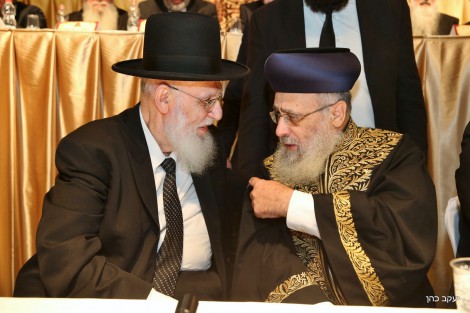 Chief Rabbi Yitzchak Yosef said at a meeting of rabbonim that the Mossad helped him free agunos on more than one occasion.

“A week after I entered the rabbinate, a file was placed on the table dealing with a woman named Chanah,” he said. “She said her husband, a money courier, had disappeared, as if swallowed up by the earth.”

Rav Yosef asked Mossad agents to look into the disappearance and they returned with precise information after only two weeks. It turned out that the man had disappeared in Belgium after changing money in Russia. He had been disposed of by the Russian mafia. Although Rav Yosef could not meet the mafia people involved, the agents said, he could send a beis din emissary to see what they had to see. The envoy met with a head of the Russian mafia at a nondescript location in a forest where the Mafioso produced a smashed phone belonging to the courier and said that he was buried in the forest. His testimony was considered to be lefi tumo (said conversationally and not as testimony), and therefore acceptable even though the man was obviously not a kosher witness.

In another case, three women came from Iran to Israel and were supposed to be followed by their husbands a week later. When the husbands failed to arrive, the Mossad investigated and found that they had been murdered. Based on that, Rav Yosef was able to tell the families that he intended to release the three agunos.