Most Americans now believe that President Trump will not accept the results of November’s election if he loses to Joe Biden, according to a new Yahoo News/YouGov poll — and an even larger majority of Trump voters say they too will refuse to accept a narrow loss if mail-in ballots contribute to Biden’s victory.

In the midst of a pandemic that has seen many states expand their mail-in balloting systems to limit dangerous crowding on Election Day, the issue of postal voting took center stage Thursday when Trump escalated his months-long campaign to delegitimize the practice and possibly the election itself.

The results of the latest Yahoo News/YouGov survey suggest that Trump’s efforts to sow doubt about the validity of mail-in voting may be starting to have their desired effect. Asked whether Trump would “accept the result” if he “loses in a close election” this November, 52 percent of Americans say no. Only 25 percent say yes.

Voters who support Trump, meanwhile, share their candidate’s unfounded suspicions about postal balloting, with a full 55 percent saying they would not “accept the result” if Biden wins “because of an advantage in mail-in votes.” Only 21 percent say they would accept a Biden victory under those circumstances. 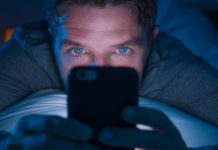 Is Technology Destroying Your Shalom Bayis? 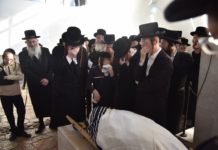