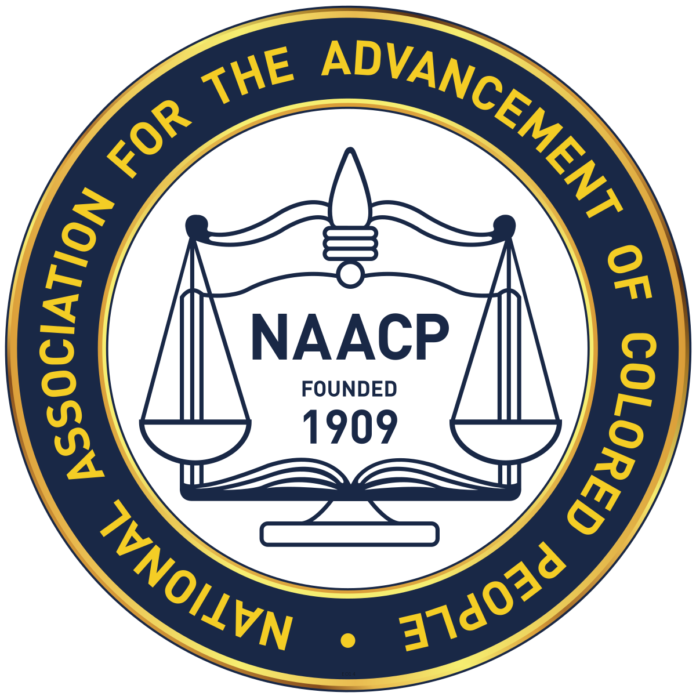 Imagine the following scenario. The regional director of a mainstream Jewish organization in a city that is home to sizable Jewish and black communities starts sharing ugly, racist caricatures of African-Americans on social media. In a speech at a local synagogue, this same person denounces the influence of African-Americans on our broader culture as “Satanic.” Then, when this outrageous behavior becomes the subject of media attention, that individual refuses to resign from their post and even retains the backing of their organization.

You can’t seriously imagine something like this because it wouldn’t happen outside of an alternate universe. The core ethics of every American Jewish organization would be utterly violated by such expressions of naked racial hatred, and the person responsible would be suspended immediately, and most likely, fired. That is how it should be.

Unfortunately, the inverse version of this imagined example is all too real. In Philadelphia, the local president of the NAACP, Rodney Muhammad, has offered only a grudging semi-apology, alongside an adamant refusal to step down from his post after a grotesquely anti-Semitic image that he shared on his Facebook page garnered wider attention. In the two-week long furor that followed, the NAACP remained mum on Muhammad’s provocations at the same time as Pennsylvania’s governor, its attorney general, and local black and Jewish leaders were calling on Muhammad to do the right thing and step down.

Last Thursday, the NAACP finally broke its silence. In a statement that was emailed to the Philadelphia Tribune, its national spokeswoman, Austyn Ross, relayed that the organization’s national leadership was “saddened and deeply disappointed by the harm caused by Mr. Muhammad’s actions” and that Muhammad “now recognizes the offensive nature of the imagery and post.”

“Hate speech has no place at the NAACP, and such language and imagery are reprehensible,” Ross said in the statement.

To properly consider the NAACP’s response, we need to step back for a moment and revisit Rodney Muhammad’s presence on social media. The Facebook post that got him into trouble showed the faces of three celebrities who recently made anti-Semitic statements (Ice Cube, Nick Cannon and DeSean Jackson) above a cartoon of a hook-nosed Jew wearing an evil grin and rubbing his hands together in glee. It is exactly the kind of image one would expect to find on a neo-Nazi website, as exactly the same image of Jews was promoted in the gutter press of Nazi Germany itself. So when a Jewish person encounters such an image, it’s often the immediate connection that is made. And if it is accompanied by fear, that is because of the knowledge of where these vile images led in the recent past.

I doubt that Rodney Muhammad grasps this fact. As a follower of the Nation of Islam, he will doubtless deflect the charge of appropriating Nazi imagery by referring to the views of his master, Louis Farrakhan, on the Holocaust of 6 million Jews. According to Farrakhan, who pals around with Holocaust deniers among other conspiracy kooks, the Holocaust was just another Jewish swindle. “International bankers financed Hitler and poor Jews died while big Jews were at the root of what you call the Holocaust,” Farrakhan declared in 1995. “Little Jews died while big Jews made money. Little Jews were turned into soap while big Jews washed themselves with it.”

It’s hard to think of an accusation filthier than one that accuses a nation of slaughtering its own for the purpose of making money. Yet that is what Farrakhan believes is true of the Jewish people, and it is therefore what Muhammad believes and will continue to believe as long as he remains in the ranks of the Nation of Islam.

Indeed, in case there was any doubt about Muhammad’s opinion of Jews, it should be pointed out that his record of anti-Semitic agitation stretches beyond a single post on Facebook. In a post on Twitter defending Farrakhan’s July 4 message, Muhammad reached for the charge of deicide—the eternal culpability of the Jewish nation for the death of Jesus at the hands of the Romans—as a stick to beat his opponents. “The Sahedrin (sic) shout to create mob pyschology to crucify Jesus,” he ranted.

Similarly, on the website of the Nation of Islam’s Mosque No. 12 Philadelphia, where Muhammad presides, numerous videos are available in which speakers matter-of-factly outline Farrakhan’s conceptualization of Hollywood’s hold on the American public as the “Synagogue of Satan.”

None of this is very subtle—and that is what makes the NAACP’s response so bitterly disappointing. If Muhammad’s target had been the State of Israel, the NAACP’s leadership would probably have retorted that “criticizing” the Jewish state isn’t the same thing as anti-Semitism, but no such feeble get-out clauses exist in this case. Whether the NAACP national leadership likes it or not, their point man in Philadelphia has embraced a view of the Jewish people that would sit happily with any and every white supremacist.

Another opportunity for the NAACP to get rid of Muhammad still lies ahead. On Aug. 15, its Pennsylvania state conference executive committee meets, which would allow its 30 members a legitimate platform to give Muhammad the boot. One NAACP supporter quoted by the Tribune acknowledged that there were “a lot of people in the state organization who want him out.”

Let us hope those people prevail. In the meantime, Jewish organizations should freeze all contact with the NAACP until Rodney Muhammad is a part of its past. For when it comes to base and crude anti-Semitism like this, no other stance is credible.