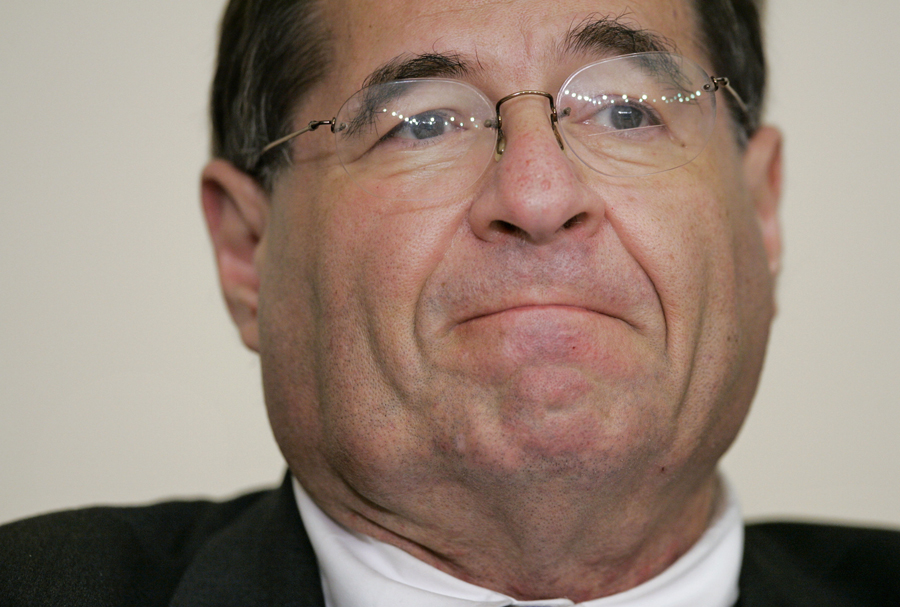 The chairman of the House Judiciary Committee said Sunday that he believes President Donald Trump “richly deserves impeachment,” an explosive statement from the lawmaker whose committee has the power to launch proceedings to remove the president from office.

“But that’s not the question,” Nadler continued. “The question is, can we develop enough evidence to put before the American people?”

The distinction illustrates a growing tension within the Democratic Party: Many members are convinced Trump ought to be impeached, but the consensus among party leaders is that they should try to secure more records and witness interviews through the courts before embarking on such a politically incendiary move, especially as the GOP-controlled Senate is likely to defeat such an effort.

Nadler’s comments come on the heels of former special counsel Robert Mueller’s congressional testimony on his investigation into Russian interference in the 2016 election. Nadler called the testimony “an inflection point, in that it broke the administration’s lie, the attorney general’s lie, that the president was fully exonerated by the Mueller report.”

As the leader of the committee that would launch the impeachment hearings, Nadler is the most important Democrat yet to publicly state his personal support for the cause in no uncertain terms. But he has been loath to cross House Speaker Nancy Pelosi, D-Calif., in his official moves – and gave no sign Sunday that he intended to break with that pattern

Pelosi has regularly resisted the calls from her caucus for impeachment proceedings, but last week, she signed off on the House Judiciary Committee’s appeal to a federal judge to enforce its subpoenas seeking the redacted grand jury information contained in the Mueller report. Nadler also told reporters that the panel would go to court next week to enforce its subpoenas against former White House counsel Donald McGahn, whose testimony was key to the report.

Speaking on NBC News’s “Meet the Press,” House Intelligence Committee Chairman Adam Schiff, D-Calif., said Sunday that Trump could tip the scales toward impeachment if he continued “to obstruct the Congress in its lawful and constitutional duty” to conduct its investigations and oversight of the administration.

“If we can’t get adequate answers from the court in time, that in itself will be an impeachable offense,” Schiff said, noting that even if Trump’s efforts to block congressional investigations do not constitute a “crime” that Mueller could have prosecuted, such misdemeanors could form a basis for impeachment.

But, the Democrat continued, that is not the only consideration in determining whether – or when – to impeach Trump.

“There’s no making the case to the cult of the president’s personality that is the Senate GOP, but we should at least be able to make the case to the American people,” Schiff said. “I want to make sure that that’s true before we go down this path.”

Schiff suggested that Democrats would have to make that call sometime in the fall; Rep. Jackie Speier, D-Calif., who serves on both the Intelligence and Oversight committees, suggested on CNN last week that the House would have to act by September.

On Sunday, Nadler rejected the suggestion that Democrats might be running out of time to launch formal impeachment proceedings because of the approaching 2020 election.

“We have to defend the Constitution against these kinds of unconstitutional and illegal deeds,” he said. “We have to do this, whatever time frame there is.”

Nadler would not say directly whether he felt Trump should be prosecuted for obstruction of justice or other alleged crimes after leaving office – but hinted he might be in favor of it.

“Anyone else who had done what he did would have been indicted on a charge of at least five different major crimes,” Nadler said. “And a president who is immune from prosecution by virtue of the Justice Department’s saying that every president’s immune from prosecution should be prosecuted after he leaves office – or at least impeach him and remove him from office, if you can prove those crimes.”

On Sunday, Rep. Denny Heck, D-Wash., joined a growing number of fellow Democrats in declaring that he would support impeachment proceedings, noting in a statement that Trump “engaged in an aggressive and active cover-up of the effort to reveal all the facts” about how he “encouraged, welcomes and benefited from the interference of a foreign adversary in our 2016 election.” Heck also said that launching impeachment proceedings “strengthens the legal hand of the House to discover all information.”