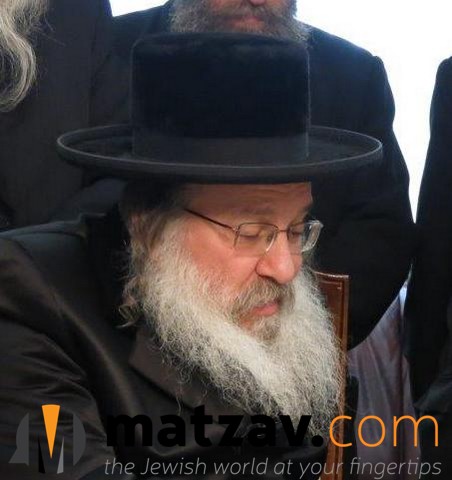 At the Nadvorna Bais Medrash in Bnei Brak on Rosh Hashanah, the Nadvorna Rebbe spoke strongly against eating before tekias shofar.

“This bothers me every year,” he said. “There is a machlokes as to whether one may eat before the blowing of the shofar, and the heter is only for those who are not feeling well or have a weak nature. What has happened is that after Shacharis, people now have a large Kiddush, like a whole seudah, during the break from davening. This is a mistake and not al pi halacha.”

The Rebbe added, “While it is not possible to forbid this outright, because there are people who are weak, I am asking the bochurim not to eat until after Mussaf, like are are noheig [not to eat before] daled minim, tefillin, etc. …And if someone feels weak, he should ask his daas Torah, but he surely should not eat an entire seudah.”

The bochurim followed the Rebbe’s directive and only drank after hearing Kiddush, without eating. Special refreshments were prepared at the Rebbe’s night tish for those who made this kabbolah.

The davening started at 7 a.m. and ended both days at about 5 p.m.