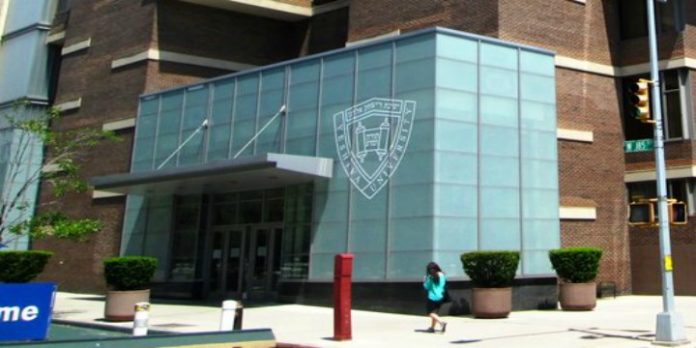 In a bid to intimidate Jewish students, a US neo-Nazi website with the tagline, “No Jews, Just Right,” has published the photos of thousands of students and faculty at Yeshiva University (YU) in New York City.

The photos were posted on the Vanguard News Network (VNN) forum, a white supremacist platform that identifies as an “uncensored forum for whites.” Yeshiva University’s newspaper, The YU Commentator, reported that campus security called the content “appalling and offensive” and informed students that they had found “no direct threat to the individuals appearing in the photos or to Yeshiva University.”

While the discussions on the forum generally revolve around mocking Jews, a handful of pages are dedicated to ridiculing members of the YU community alone. The discussion thread concerning YU students and staff started around May 2018, and the pictures appear to have been taken from public sources, such as YU’s Flickr page.

The YU Commentator said it had been tipped off about the forum by a student journalist with The Justice of Brandeis University, who was investigating the publication of Brandeis’ students photos on the same site.

Dr. Jess Olson — an associate professor of Jewish history at Yeshiva University — told the paper that the demeaning antisemitic comments posted alongside the photos were “sadly and unacceptably a well-worn motif historically in antisemitic rhetoric and iconography.”

Continued Olson: “It is an embarrassment to our country that we have arrived at a place that such ideas are flaunted with impunity.”

Students who discovered their pictures online were very distressed by what they saw, the YU Commentator noted. One student featured on the forum commented that “it is very concerning that something like this is developing so quickly, especially in the United States.” Being featured on a neo-Nazi website made her feel “vulnerable and small.” As a proud Jewish American, she was disturbed that she was being “targeted” as a member of “a people and a religion.”

VNN is published by Alex Linder, a former activist with the neo-Nazi National Alliance Party who has been active in white supremacist and Holocaust denial circles for several years.

Linder was arrested in May 2007 in Knoxville, Tn., for assaulting a police officer during a racist protest.