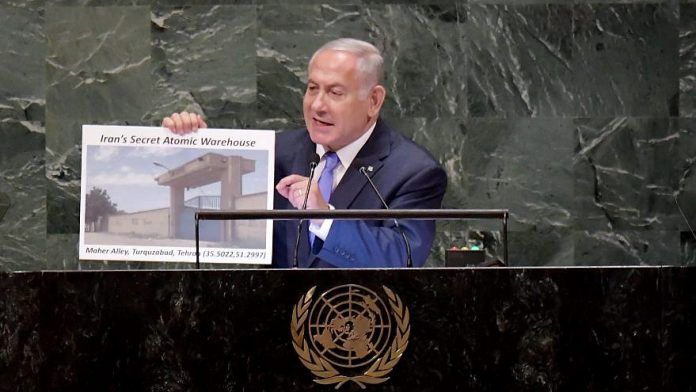 “We are fighting all over the world in regards to Iran’s nuclear program,” he said at the Ministry of Foreign Affairs headquarters in Yerushalayim.

Without elaborating, he added that “we also visit there periodically … to ‘catch up.’ ”

Earlier this year, Netanyahu gave a presentation regarding Iran lying about its nuclear program, presenting 100,000 documents Israel smuggled out of the Islamic Republic.

This development comes as an Iranian group, nicknamed “Charming Kitten,” has reportedly hacked into personal emails of U.S. Treasury officials in the aftermath of reimposing sanctions last month on the regime. The hackers also targeted nuclear experts in the United Kingdom.

This information was revealed by the U.K.-based cyber-security group Certfa.

“Presumably, some of this is about figuring out what is going on with sanctions,” Frederick Kagan, a scholar at the American Enterprise Institute, told the Associated Press. “This is a little more worrisome than I would have expected.” JNS.ORG