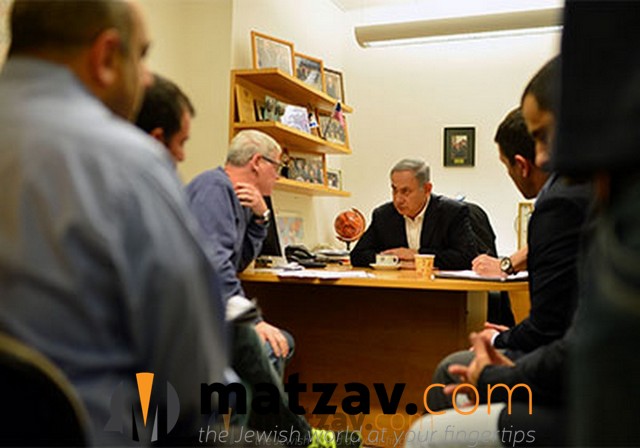 Israeli Prime Minister Bibi Netanyahu, this evening went to the Foreign Ministry situation room, where he was updated on activity with the Turkish authorities regarding the wounded and those who were killed.

“During the day I received updates about what happened in Istanbul,” said Netanyahu. “We can say with certainty that, sadly, two Israeli citizens were killed. It could be that there is a third victim. The two families have been updated; I send them condolences on behalf of the entire Jewish people. There are approximately eleven people who were wounded, the degree of their injuries varies, and we are dealing with them. I directed the dispatch of two planes – one from MDA and one from the IDF – in order to bring them, and the deceased, of course, back to Israel.”

“We know that there are those who have yet to make contact; we are trying to locate them. At the moment it does not seem that they were part of this event but things will certainly become clearer later on. Foreign Ministry personnel, including those here in the situation room, are working constantly and will work around the clock in order to bring the people back to Israel and in order to give full support at this difficult time. I am certain that all Israelis join me in the hope for recovery for the wounded and in expressing condolences to the families of those who were murdered.”