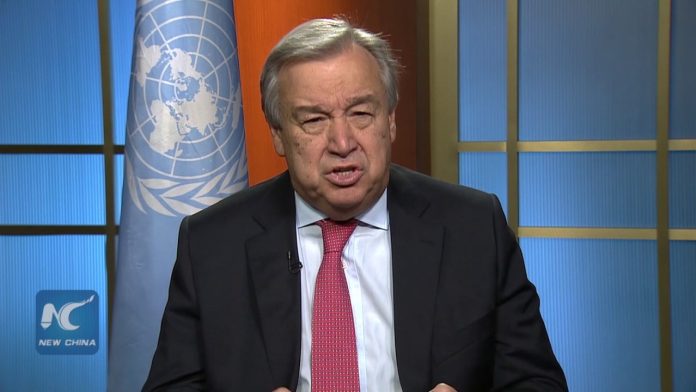 >>Follow Matzav On Whatsapp!<<
Israeli Prime Minister Bibi Netanyahu told visiting UN Secretary General Antonio Guterres on Monday: “The mandate of the UN was to advance peace and security and international cooperation…but…the UN has failed when it comes to Israel to live up to this mandate. The UN is mandated to preserve world heritage, but UNESCO, a world body, time and again makes a mockery of that heritage most absurdly when it denies the 3,000-year-old connection of the Jewish people to our eternal capital, Jerusalem. The UN is mandated to pursue peace, but it allows Palestinian hate speech to flourish in its institutions.”
He added, “The UN was mandated to prevent Hizbullah weapon shipments, but effectively it has not reported, to my knowledge, even one of the tens of thousands of weapon smugglings into Lebanon for Hizbullah, contrary to Resolution 1701….Iran is busy turning Syria into a base of military entrenchment and it wants to use Syria and Lebanon as warfronts against its declared goal to eradicate Israel. It is also building sites to produce precision-guided missiles towards that end in both Syria and in Lebanon. This is something Israel cannot accept. This is something the UN should not accept.”
{Matzav.com Israel} 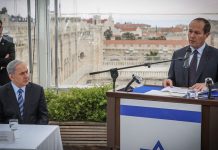