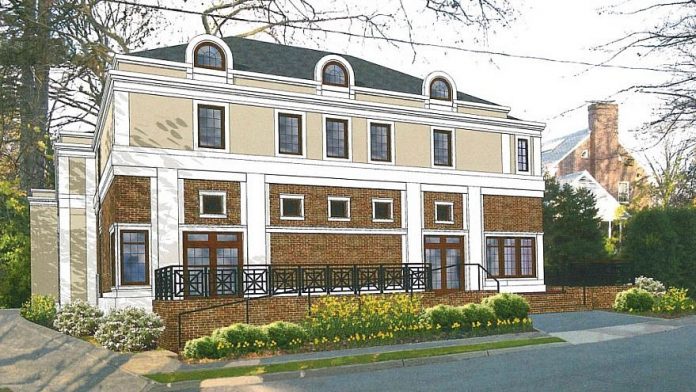 It shouldn’t take 10 years to get permission to build a synagogue, but it did in Clifton, N.J. Finally, after a mediation overseen by the state’s former attorney general, a community in Clifton will be able to worship in peace, in a new building. Synagogue leadership stated repeatedly that they were being illegally discriminated against through an array of arbitrary zoning-code interpretations (which judges ruled as incorrect), arbitrary planning-board requirements and excessive public appearances. They were also required to spend seemingly endless amounts, hiring outside engineers for consultations demanded by the city.

One of Shomrei Torah’s attorneys, Yehudah Buchweitz, of the law firm Weil, Gotshal & Manges, perhaps described it best. “Shomrei Torah had been commanded to appear before the Planning Board 25 times between March 2013 and October 2015, and before the zoning board seven times between November 2008 and January 2013. They had to appear in state court four times.” Buchweitz also contended that the city was more amenable to other houses of worship, such as churches, which have faced far fewer hurdles.

“It was a long, lonely battle, but at the end of the day, this law, the RLUIPA [Religious Land Use and Institutionalized Persons Act], developed by Sen. Orrin Hatch, was created to protect religious liberties,” said David “Duvy” Gross, president of Congregation Shomrei Torah/Tiferes Boruch in Clifton. With Weil Gotshal representing the synagogue, a mediation resulted in a settlement of $2.5 million in its favor. Additionally, Clifton agreed to furnish the roadway in front of the building with sidewalks, a request that had been made for nearly a decade after the death of a community resident on Shabbat.

Land-use provisions of RLUIPA, a federal law established in 2000, protect individuals, houses of worship and other religious institutions from discrimination in zoning and landmarking laws. The monetary portion of the settlement is believed to be one of the largest-ever recoveries nationwide under RLUIPA.

Shomrei Torah contracted to buy the property approximately 11 years ago, expecting a relatively simple process, though they planned to build a large structure to welcome its membership. The architectural plans and documents worked to support and be in compliance of the property’s zoning status. No variances were required for additional zoning. “We had enough parking, we had enough setbacks, height requirements—everything was done according to the current zoning,” said Gross.

The Clifton neighborhood now welcomes around 400 families, with 600 children who go to school at the local Passaic yeshivah. Rabbi Schachne Weinberger leads Shomrei Torah, which now comprises approximately 100 people attending Shabbat services. In addition to the shul’s recent name change to Tiferes Boruch, to honor the memory of Gross’s father, the shul is also referred to in Passaic and beyond as “Rabbi Weinberger’s Shul.” The Clifton property neighbors the city of Passaic, known for its vibrant Jewish community, and the shul initially met in a house.

When it became clear that the property would take longer to build than initially estimated, they moved into the basement of the Yeshiva Ketana, a large, local Passaic elementary school, and later, into a warehouse they renovated across the street from the school. Clifton, by then, had started to grow, and more Jewish families moved there from within Passaic and outside the area. “This shul will really anchor this location. Importantly, there’s only one mikvah in town, and so this was going to include a Friday-night mikvah,” so women will not have to walk more than a mile on a Friday night or Jewish holiday, explained Gross.

But still, no construction. After almost a decade of planning and zoning delays created by Clifton zoning-board commissioners, planning-board members and citizens, Gross began to realize that the issues the council found with the synagogue’s plans would never go away. “It was like if my son told me he couldn’t do his homework because he didn’t have a pencil. I’d get him 12 pencils and wait for the next excuse,” he said.

Examples of the delays created by Clifton’s council and boards included arbitrary directives that the water pressure on the property had to be at 800 gallons per minute or 20 pounds of pressure per minute in order to effectively fight a fire; otherwise, “they said if there was a fire in the building, all the houses in the neighborhood could burn down,” said Gross.

After three years, the fire department changed the initial water-pressure requirement to 3,500 gallons per minute.

When the synagogue had reports issued from its own engineer and another outside engineer hired by the city—all agreeing that the property had met every requirement, and that the street had the most water pressure of any street in the city, more than any building in the area—it still wasn’t enough. Agreeing, despite advice that they didn’t need it, to have the entire synagogue fully outfitted with sprinklers wasn’t enough either. “They made us establish a fire road. This added expense; we had to redo our design, change the handicapped parking spots to be further away from the entrance,” said Gross.

Another example he gave was that the Friday-night mikvah that the synagogue planned to build was considered by the town to be a “business.” How did the city planner determine it was a business? “He looked in the Yellow Pages and found a listing for a Chabad mikvah. Therefore, a mikvah is a business,” said Gross. A mikvah, used for the purpose of ritual immersion in Judaism, generally only collects funds for its upkeep, when necessary. There are no known “for-profit” mikvahs.

Yet another headache Gross described involved the 32 allotted parking spaces. The size of any religious institution’s sanctuary, or primary meeting place, determines the size the building, and the number of parking spaces is calculated from that. “The city ordinance states that you don’t count all the uses of a house of worship at the same time,” he said.

“There was the requirement that you have one parking spot for every four seats in the sanctuary, but we had tables and chairs,” described Gross. “Both the zoning and planning commissioners said ‘because it’s not fixed seating, we’re changing your parking requirements, therefore you need 140 parking spaces instead of 32.’ It didn’t make sense. A local mosque has virtually no parking lot at all, and the cars spill into the neighborhood, blocking driveways and fire hydrants for blocks around, at certain prayer times. Their parking space allotment is legal, apparently, because there are no chairs in the mosque; they sit on the floor, they explained.

“They also said for every nine parking spaces, there must be one landscaped island. We researched 20 different large developments in town, and none of them had this arbitrary restriction. We saw developments with 50 parking spaces without any islands.

“They were warned about this by their own planning-board attorney on the record, Bob Ferraro. They can’t do what they want to do. They have to follow the ordinances of the city,” said Gross.

At their final meeting, the council reduced the size of the building the congregation could build, from a 14,000 square foot property to 7,000 … totally arbitrary and capricious,” said Gross. “This led to a consent judgement where we retained the right to sue under RLUIPA.”

Bringing in the experts

One of Gross’s longtime advisers throughout this process, Bruce Shoulson, a retired partner at the law firm Lowenstein Sandler, decided to ask Weil, Gotshal & Manges for advice on the situation. Weil, a global law firm, is known in the Jewish community for defending the constitutionality of eruvs, and has successfully fought, pro bono, virtually every federal eruv case in America starting around 2000, establishing and re-establishing the legality and First Amendment protections of individual eruvs nationwide. In each case they have brought, there was also a RLUIPA claim because the public-utility poles that are usually used for eruv lechis must adhere to RLUIPA guidelines.

“The goal posts were changed repeatedly for the congregation. There were times when the congregation met with the planning board or the zoning board and were made to believe they had managed to comply with their obligation, and then at the last minute, oftentimes at the public hearing, everything was changed, and they were not able to comply and had to go to another proceeding and get another expert to prepare another report, and go to court again,” said Buchweitz. “It took 10 years of going to one board, to another board and another court, getting experts, lawyers, engineers, water folks, preparing reports, spending money on things. There were other construction projects in Clifton during this 10-year period that were not required to do this,” he said.

“It was very inappropriate, and in our view, it was discriminatory,” said Buchweitz.

The city lost a case to the synagogue in 2015, but after the synagogue was still unable to move forward with any real plans, Buchweitz wrote a letter to the city in March of 2018, detailing Clifton’s violation of the RLUIPA laws.

After this letter was sent, both Clifton and Shomrei Torah hired the same mediator, former New Jersey Attorney General Chris Porrino, with the understanding that if the two sides did not reach a settlement, Weil would sue in federal court. The settlement meeting was held on Dec. 20, 2018, with Clifton agreeing to pay the synagogue $2.5 million and agreeing to install sidewalks on the neighborhood roadway around the property in places where unsafe walking conditions have been cited by residents for more than a decade. The sidewalks must be completed by Sept. 1, 2020. A final condition of the settlement was that the specifics of the case be made public after the settlement’s approval, which took place on Jan. 3, 2019.

While a welcome relief, the conclusion of the proceedings was most appreciated for the fact that the congregation can now finally start construction. “The settlement just compensated us for our damages. We are not building a shul on the city’s dime,” said Gross. “We just want this to be over because we want to move forward and have our building,” he said, noting that taking the case to federal court likely would have yielded a significantly larger monetary reward.

“I hope this will deliver a clear message for any other municipality that is trying to abuse its land powers to prevent religious worship. This was not logical. This was why there was a $2.5 million settlement,” said Buchweitz.

“We were in shock. It was a textbook RLUIPA violation. A religious applicant has to be treated on equal terms with others, such as a data center or a church. The disparate treatment that came out in our review of the file really spoke for itself,” said Yolkut, from the Weil team.

“Another problem that they have, which frankly I have seen in other municipalities in both synagogue cases and in eruv cases, is the board didn’t remember that their job is to do the right thing on behalf of the entire community, as opposed to a vocal minority of individuals who had bias and hatred,” said Buchweitz. “We’ve seen local officials in many, many towns listen to the squeaky wheel and listen to the people who have hate, and what they should have done is say, ‘No, we’re not going to listen to you. We’re going to do the right thing.’ ”

“Part of their job as a public official is stand up against bias and hatred,” said Buchweitz.

The synagogue plans to dedicate a Sefer Torah this upcoming Shavuot in honor of Shoulson and the Weil Gotshal pro bono attorneys,” said Gross, who “have worked on behalf of their community and communities nationwide.”