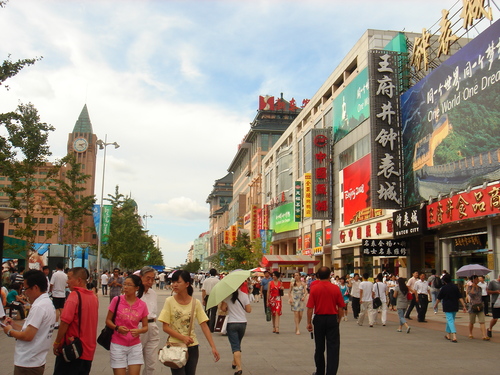 The Tourism Ministry announced on Tuesday that it would extend visas and cancel visa fees for Chinese tourists in an effort to encourage tourism from China.

“The approval of the ten-year multiple entry visa and the cancellation of fees for Chinese tourist groups are important steps that combine with other marketing steps to break into the Chinese market,” said Tourism Minister Yariv Levin. “The Tourism Ministry’s range of activities will lead to an increase in the number of tourists arriving in Israel from China and will contribute to the realization of the tourism potential from this region.”

The changes mean that Chinese tourists can now more easily obtain a visa that is valid for up to ten years, rather than just the standard three months. The Tourism Ministry hopes that the cancellation of the NIS 35 fee for visa applicants will prompt more Chinese visitors to visit Israel, after research showed that the visa fee was a significant stumbling block for potential visitors and that Chinese visitors spend more money in Israel than those hailing from any other country

The new regulations were made in conjunction with the Interior and Finance Ministries. Interior Minister Aryeh Deri said that “China is a most important country and we are working on a new track with the Chinese government. It is very important that as many tourists as possible visit Israel from China.”

Tourism Minister Yariv Levin developed the first direct flight route from China to Israel in conjunction with Hainan Airlines and also opened workshops to advise hotels on how to accommodate Chinese consumers.

A total of 47,000 Chinese tourists visited Israel last year, and the Tourism Ministry hopes that figure will reach 100,000 by the year 2018.