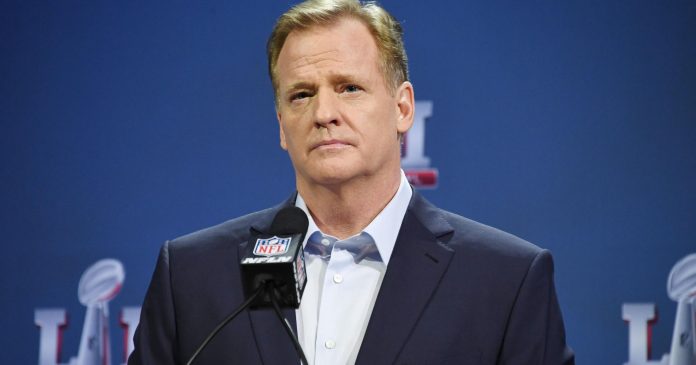 NFL Commissioner Roger Goodell said Tuesday the league has a plan to “move past” the roiling debate over player protests during the national anthem, a growing political firestorm that he said was “threatening to erode the unifying power of our game.”

In a letter to team owners, Goodell said the league respects the right of its players to express their views on “critical social issues,” but he suggested the league thinks athletes should not take a knee during the Star-Spangled Banner.

“Like many of our fans, we believe that everyone should stand for the national anthem,” Goodell wrote. “It is an important moment in our game. We want to honor our flag and our country, and our fans expect that of us.” Read more at NBC.