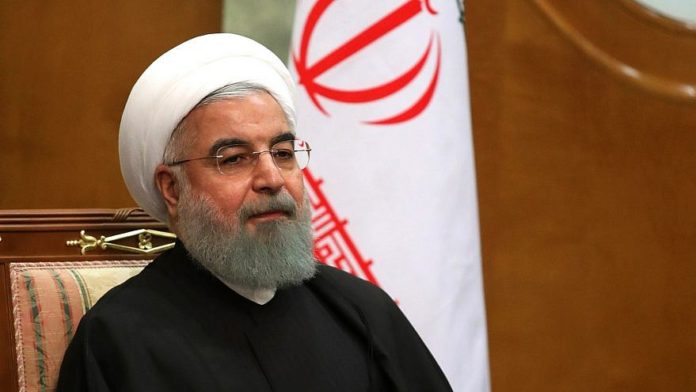 On June 7, the Iranian government reported 2,364 new coronavirus cases. More than 170,000 cases have been officially reported in Iran so far, as well as 8,000 dead.

Iranian President Hassan Rouhani on June 6 attended a meeting of the National Task Force for Fighting Coronavirus. At the meeting, he extensively reviewed how Iran’s health services are dealing with the virus, as well as the country“ preparedness to continue tackling the epidemic.

As expected, the president lavished praise on the medical teams, in particular, for their handling of the virus, as well as on Iranian medical services in general. Rouhani even said that while in the past Iranians went abroad for treatments, today many Iranians living abroad have come to Iran for complex treatments, including transplants.

At the same time, Rouhani warned that the epidemic has not disappeared, and will continue for an unknown period.

“People must recognize that there is no clear end date to this epidemic,” he said, “and it will take a long time to develop a vaccine.”

Because of this, Rouhani added that Iranian citizens must understand that hand washing, wearing a mask and social distancing are not just interim measures, but rather measures that are expected to continue for the long term. The president also said that for now residents should refrain from organizing and attending weddings, funerals, memorial services and other large gatherings until new guidelines are issued. The issue will be examined at the next National Task Force for Fighting Coronavirus meeting.

Rouhani reiterated rigorously the rules of hygiene and social distancing, emphasizing the importance of maintaining these red lines so that the medical system could respond properly. He also addressed the importance of computer distance-learning in high schools and universities.

On the economy, Rouhani said that in Iran’s current situation, the country has no choice: “We have to work, our factories need to operate, the stores need to be open and travel must continue as needed,” he stressed. “At the same time, we must continue to fight the virus.”

The president emphasized that Iran must not stop its activities, and said that ongoing calls on social media for such shutdowns were the work of “counter-revolutionaries.” The mosques are open to worshippers, as are cultural events (cinemas and concert halls will open starting June 21, 2020), and the laws of social distancing are followed, he said. Rouhani added that, starting on June 21, Friday prayers will be resumed in the medium-risk “yellow areas” after the low-risk “white areas” resumed worship on May 16, 2020.

Rouhani said that the Iranian government has four key commitments: protecting public health, providing basic social services (water, electric gas), providing basic supplies from domestic production, and assistance packages for those in need. In this regard, Rouhani said that the Health Ministry has begun the third phase of operating targeted health services for populations in need and those more vulnerable to the virus (the obese, the elderly and people with preexisting medical conditions).

During the June 6 meeting to discuss the economy, Rouhani said the government is committed to helping the poor and disadvantaged populations despite the sanctions and economic consequences of the coronavirus pandemic.

“The aid packages for the needy families are designed to mitigate the dire effects of the difficult economic situation,” he said.

Earlier in the speech, he marked the 31st anniversary of Khomeini’s death and the June 5/Khordad 15, 1963, uprising (when Khomeini was arrested). Rouhani also said that Iran had marked 100 days of coping with the coronavirus pandemic and stands in “relatively good” economic condition thanks to the contributions of the various sectors.

Meanwhile, speaking before the Iranian parliament on June 7, Finance and Economic Affairs Minister Farhad Dejpasan reported that Iran’s gross domestic product had shrunk 15 percent due to the pandemic.

This article was first published by the Jerusalem Center for Public Affairs. 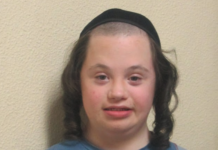 Message from a Down Syndrome boy in Israel