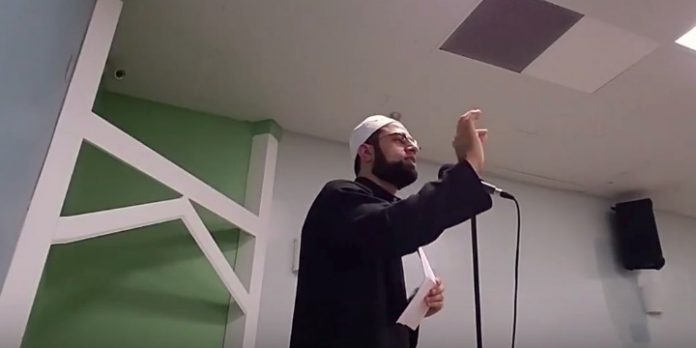 A North Carolina imam is in the spotlight after a sermon he gave cited a well-known hadith (a maxim attributed to the Prophet Muhammad) which holds that “at the End of Time, we will fight those Jews until the rocks and the trees will speak: ‘Oh Muslim, this is a Jew behind me’.”

The Syrian-born Khadra’s sermon was brought to light by the Middle East Media Research Institute (MEMRI), which has recently uncovered examples of similarly provocative sermons delivered on the same Friday in New Jersey and Houston, Texas.

Those sermons invoked the same millenarian hadith quoted by Khadra in his guest speaker address to the Muslim Youth and Community Center in Raleigh.