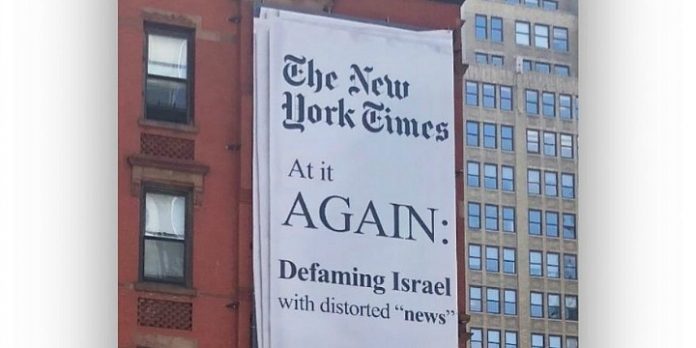 How was the New York Times’ coverage of the Gaza suicide-riots? So off-target that not even the Times’ own Pulitzer Prize-winning op-ed columnist, Thomas Friedman, believed it.

The Times news columns had been insisting that the suicide-riots (to use a term I picked up from a Weekly Standard editorial) were drawing international sympathy and attention to the Palestinian cause. Perhaps this was wishful thinking, or a self-fulfilling prophecy, but, in any event, that was the Times’ story, and it was sticking to it, at least until Friedman came along.

A “news analysis” in the April 8 Times by Jerusalem bureau chief David Halbfinger reported, “Palestinians seem energized and enthusiastic about sustaining a generally nonviolent form of protest — even if it is Israel’s harsh response to it and the mounting Palestinian death toll that has put their conflict with Israel back on the international agenda…The Israelis, for a variety of reasons, have long been worried about such a shift. And they now find the world paying attention as they use disproportionate force to prevent what they believe could be a catastrophic breach in the Gaza fence.”

An April 21 Times news article by Isabel Kershner and Iyad Abuheweila claimed “Israel has drawn international censure for using live fire against the mostly unarmed protesters who did not appear to present any immediately life-threatening danger to the soldiers.”

An April 23 Times news article by Iyad Abuheweila and Isabel Kershner reported that the death of a Palestinian boy “has intensified international attention and censure over Israel’s handling of the protests that began on March 30.”

And a May 14 Times news article claimed “Israel has stirred widespread international anger over the use of lethal force against mostly unarmed Palestinian protesters.”

Now comes Friedman, in a May 23 New York Times op-ed:

history is full of such injustices and of refugees who have reconciled with them and moved on — not passed on their refugee status to their kids and their kids’ kids. It’s why so few Arabs, so few Europeans, so few anybody, rose to Hamas’s defense. People are fed up with it.

So the Times news columns imagine “widespread international anger,” “international censure,” “intensified international attention and censure,” and “the world paying attention.” Friedman, on the other hand, writes that “so few Arabs, so few Europeans, so few anybody, rose to Hamas’s defense. People are fed up with it.” These two depictions of reality, if not flat-out contradictory, are at least in tension with each other. My own sense is that on this particular point — measuring the scope, severity, and gravity of overall world reaction to the Gaza riots — Friedman has a more accurate perception of it and is closer to the truth of the matter than the Times news columns are.