The following report by Samuel G. Freedman appeared in yesterday’s New York Times: Last Saturday morning, as a blizzard sputtered out its last squalls over Passaic, N.J., Chaya Leah Smolen sent her husband and several children off to synagogue. She issued the children a message that might seem to contradict the essence of winter motherhood: do not carry any tissues.To that admonition, she added others. The children shouldn’t take their toys or candies, the diversions that usually make Sabbath service easier. Later, after the worshipers had returned, there was a serious theological discussion about whether it was permissible to make snowballs.

What Mrs. Smolen experienced has been shared by a religious niche in the Northeast during this epically snowy season. From Washington to New York State, a series of “snowmageddons” have wreaked a particular form of havoc for Orthodox Jews.

The storms have knocked down portions of the ritual boundary known as an eruv in Jewish communities in Silver Spring, Md., Center City Philadelphia, the Upper West Side of Manhattan, Monsey in suburban New York, and Teaneck and Passaic in New Jersey.

Almost literally invisible even to observant Jews, the wire or string of an eruv, connected from pole to pole, allows the outdoors to be considered an extension of the home. Which means, under Judaic law, that one can carry things on the Sabbath, an act that is otherwise forbidden outside the house.

Prayer shawls, prayer books, bottles of wine, platters of food and, perhaps most important, strollers with children in them – Orthodox Jews can haul or tote such items within the eruv. When a section of an eruv is knocked down by, let’s say, a big snowstorm, then the alerts go out by Internet and robocall, and human behavior changes dramatically.

Call it a case of absence as a form of presence. Conceive of the eruv and its tenders as the sets and stagehands of a Broadway show. You sit there in the audience, and whether the play is scintillating or tedious, most times you don’t notice or even think much about all the lights and scenery that are hitting their cues. Only if the expectedly ordinary goes haywire do you notice the offstage apparatus.

Something like that has happened these last few months in the Northeast, as eruvim (the plural) that normally remain intact, or are unobtrusively and quickly repaired, have been toppling. The eruv that circumscribes a large chunk of Manhattan from river to river between Harlem and the Lower East Side was damaged in 18 places last week by the combination of wet snow, high winds and falling branches.

“From an eruv perspective,” said Rabbi Yaakov Kermaier, president of the New York Board of Rabbis, “it was the perfect storm.”

The damage to eruvim this winter evokes another kind of convergence, as well. It draws attention to the concept of the eruv itself, a combination of religious obligation, historical phenomenon and what academics call a social construction. In more than one way, an eruv is a through line.

“Eruv is one of the only Jewish practices that forces the Jew and the Jewish community to confront the broader world,” said Rabbi Adam Mintz of the Manhattan congregation Kehilat Rayim Ahuvim, who is writing a doctoral dissertation and book about the eruvim in North America. “This symbolic boundary around the neighborhood requires interaction with the broader community, whether it’s asking permission, renting space, putting up strings and poles in front of someone’s apartment.”

An entire tractate, or volume, of the Talmud deals with the eruv. As a practical matter, though, Jews in antiquity lived within walled cities whose protective barriers doubled for religious purposes. The ghettos of Europe, which penned Jews inside, also served as eruvim.

But with their emancipation in various European countries, as Rabbi Mintz noted in a recent interview, Jews began to create eruvim, first using natural boundaries like rivers and later technological markers like telegraph poles. One of the first eruvim in North America, formed on the East Side of Manhattan in 1905, used both the East River and the Third Avenue elevated train.

Still, the entire continent had only three eruvim until 1970. To Rabbi Mintz, that paucity betrayed a Jewish reluctance to bring an abstruse matter of ritual observance into the realm of public policy – in the form of municipal zoning or planning boards, or city councils. Meanwhile, he said, an increasing number of Orthodox Jews were simply carrying on the Sabbath, eruv or not.

The growing confidence of Orthodox Jews, and the vitality of their movement in an America replacing melting-pot assimilation with cultural pluralism, led to the rapid growth in eruvim over the last two generations. Rabbi Mintz has identified more than 150 in North America by their Web sites. Real estate agents seeking Orthodox homebuyers promote eruvim the way other brokers brandish SAT scores from the local high schools.

With the boom has come some opposition – not, as Jews once feared, from intolerant gentiles, but from fellow Jews. Some Orthodox leaders maintain that urban eruvim are too large and populous to be legitimate. Less observant Jews in Tenafly, N.J., and Westhampton Beach, N.Y., have fought their installation, under the erroneous assumption that an eruv would coerce them in some way.

What the foes have not always accomplished, the bad weather did. At least two circumcision ceremonies in metropolitan New York were conducted at home instead of synagogue since the guest of honor could not be carried to shul. Last weekend, when observant Jews were mandated to hear several Torah verses about the ancient foe of Amalek, congregations across the Northeast scrambled to add afternoon readings so parents could take turns attending.

“The one good thing I could say,” said Rabbi Yitzchak Breitowitz of Woodside Synagogue in Silver Spring, Md., “is that it’s a consciousness-raiser.”

“It retrains people about not carrying on Shabbat,” the rabbi added. “The downside, especially if you’re a young mother with children, is they’re kind of locked in the house.” 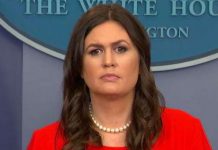