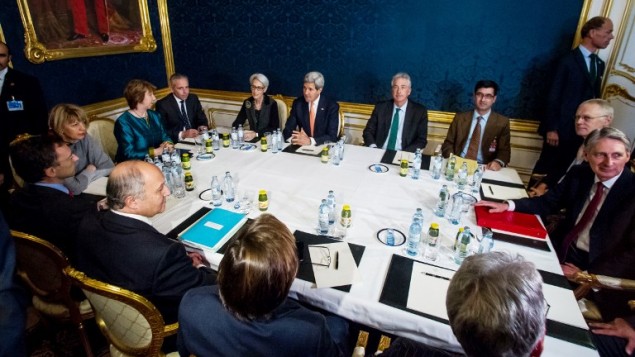 The United States national security adviser denied any allegations on Sunday that the Obama administration lied to the public and manipulated the media to sell the Iran nuclear deal.

During an interview on CNN’s “Fareed Zakaria GPS,” Susan Rice said, “There was nothing hidden. There was no effort to — or reality of misleading.” Her comments were a response to backlash from a New York Times Magazine profile of Deputy National Security Adviser for Strategic Communications Ben Rhodes, in which he gloated over his deception of the public to garner support for last July’s nuclear deal with Iran.

“We created an echo chamber. They were saying things that validated what we had given them to say,” Rhodes said, referencing practices of using susceptible journalists, policy experts and officials to spin the White House narrative.

According to Rice, “There is nothing that Ben or the president or I or anybody who was involved in explaining the Iran deal to the American public said that wasn’t factually correct. The notion that there was any ball to hide or spin to put on it, I think, is really misguided.”

The Iran agreement, Rice said, was available to members of Congress and the public to review. Therefore, “there was nothing that was hidden or could be hidden,” she said. “It was in the public sphere. And never in my recent recollection has there been a more robust and substantive debate over an important foreign-policy issue.”

Rice further defended the Obama administration, citing its “straightforward attempt to explain the merits of the Iran deal to the American people and to Congress.” She went further, saying that the deal is already showing signs of success, since it has “successfully cut off all of Iran’s pathways to a nuclear weapon.”

“Iran is far more subject to international inspection and verification. The whole world now is able to determine through the inspection capacity of the International Atomic Energy Agency that it is not able or in the process of moving towards acquiring a nuclear weapon,” Rice said. “That makes the United States more safe. It makes our allies and partners in the region and the world more safe, including Israel.”

The US is in the midst of implementing the nuclear agreement, which went into effect in January, despite Iran’s apparent violations, including the test-firing of ballistic missiles earlier this month and in March.