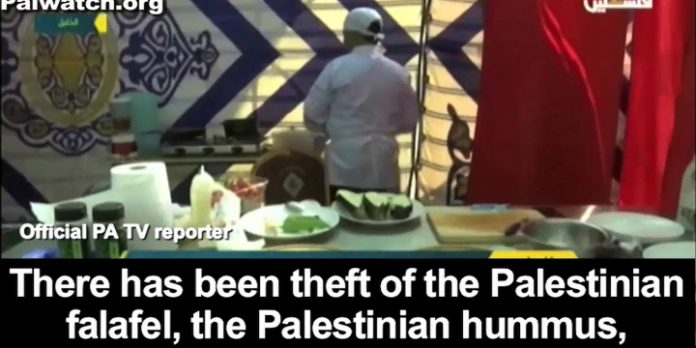 Official Palestinian Authority television recently accused Israel of stealing falafel, hummus, and other “Palestinian foods” as part of a conspiracy against “Palestinian heritage.”

The claim was made by a reporter for the PA television channel’s show Palestine This Morning on October 3, 2018 as part of a report on a local food festival, translated by Palestinian Media Watch.

“We are talking about a brutal attack against the Palestinian heritage in general, including Palestinian foods,” the reporter claimed over images of a cook preparing various dishes.

“Holding [food] festivals like these is essential in order to preserve the heritage and also the Palestinian foods,” the reporter said.

Falafel and hummus are, in fact, generic Middle Eastern foods and are eaten by many peoples across the region and beyond. They have also become popular as delicacies in Western countries.

PMW noted that the incident is by no means the first time such accusations against Israel have been made. Mohammad Shtayyeh, a central committee member of the Fatah party, once claimed Israel “fabricated the falafel.” A member of the PA Parliament has also made a similar accusation, saying the Jewish state “falsified the falafel ball.” In 2011, Palestinian columnist Muwaffaq Matar charged that Israel had “stolen our clothing, our keffiyeh, our falafel, and our hummus.”