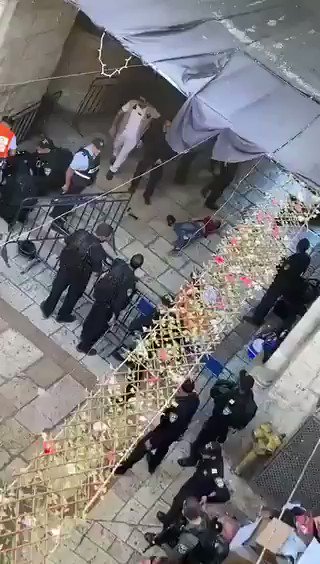 One person was wounded in a terrorist stabbing attack in the Old City on Thursday.

The victim, a 30-year-old police officer, was stabbed in his arm, and is said to be in light condition and fully conscious. United Hatzalah volunteers treated the victim at the locaton of the attack by the Shalshelet Gate in the Old City.

United Hatzalah Paramedic and Vice President Dov Maisel who was one of the first responders at the scene said: “The stabbing victim was treated at the scene for a stab wound in his upper body, following which he was transported to the hospital for further care while fully conscious.”

While initial reports suggested that two terrorists were neutralized, it was later reported that one terrorist had been killed by Israeli security forces after the officer was wounded.