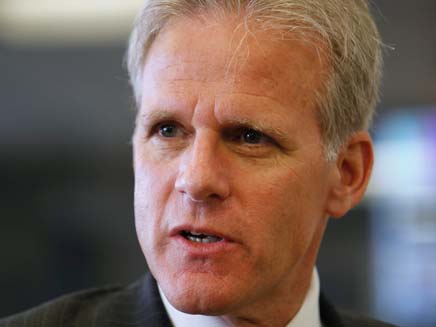 >>Follow Matzav On Whatsapp!<<
Deputy Minister for Public Diplomacy Michael Oren, a former Israeli ambassador to the U.S., said this week that Israel’s success in building a state came from its investment in public institutions, but the Palestinians have failed to lay the foundations for a state, Times of Israel reports.
“If we give them a state tomorrow, it will fail in days or even hours,” he said.
According to Oren, not only is Prime Minister Netanyahu interested in a peace deal with the Palestinians, but he is deeply involved in the detailed minutiae of every proposal. Based on his experience with the prime minister during “many, many hours spent dealing with this…I will tell you unequivocally, he’s serious. He’s very serious.”     “I will also tell you equally unequivocally that he would not agree to a Palestinian state that will fall apart, that will threaten us militarily, that will be militarized, that is capable of signing treaties with foreign powers, that’s going to involve the withdrawal of Israeli forces or that’s going to involve the uprooting of Israeli citizens.”
{Matzav.com Israel}