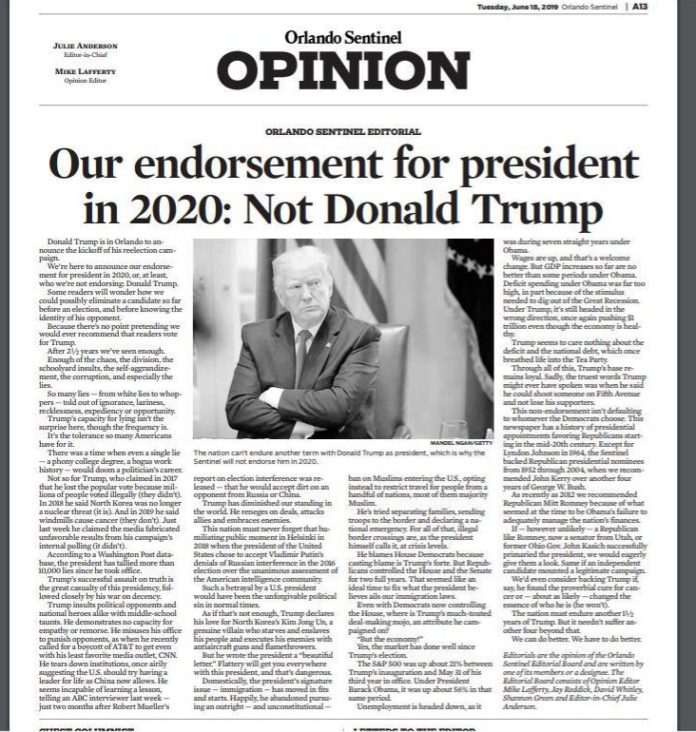 An Orlando newspaper released a scathing presidential endorsement opposing Donald Trump hours before he is set to officially announce his 2020 re-election campaign in the city.

“Trump’s successful assault on truth is the great casualty of this presidency, followed closely by his war on decency,” The Orlando Sentinel’s editorial board wrote in an article titled “Our endorsement for president in 2020: Not Donald Trump.”

The piece criticized Trump’s extensive history of lying while in office, his praise for authoritarian leaders and his addition to the national debt. The editorial board noted that it was not necessarily endorsing the eventual Democratic candidate and would gladly endorse a Republican or independent challenger, but that it did not want to “suffer” a second Trump term.