Scarcely a month following the August 3 beginning of the new Daf Yomi cycle for Talmud Bavli, the Babylonian Talmud, the Orthodox Union will blaze a new trail in the teaching of Talmud on the web with the introduction of a weekly Daf cycle on the lesser-known and lesser-studied Talmud Yerushalmi, the Jerusalem Talmud.

With Rabbi Yosef Grossman, Senior Educational Rabbinic Coordinator of OU Kosher as Maggid Shiur, the program will debut on September 10 on www.outorah.org, with Tractate Berachot, which begins the Jerusalem Talmud cycle just as it does the Babylonian Talmud. The programs will be divided between video and audio presentations.

For the past seven-and-a-half year cycle, OU Torah has featured the renowned Daf Yomi presentation of Rabbi Moshe Elefant, which is continuing with a second cycle for its audience worldwide. The cycle will be supplemented by an additional shiur to be taught by Rabbi Elefant, approximately four times a week, with sources covering halachic, aggadic and intellectual insights into topics discussed in the Daf.

Now comes the weekly Talmud Yerushalmi shiur to join it as part of the ever-growing roster of OU Torah programs. The inspiration for a weekly Yerushalmi Daf, according to Rabbi Grossman, comes from Rav Pinchas Teitz zt”l, the revered Rav of Elizabeth, NJ, who broadcast a “Daf HaShavua,” a Bavli Daf of the week, for many years on the radio.

“The OU is in the forefront of spreading the Daf through the Internet,” said Rabbi Grossman. “The study of Talmud Yerushalmi will be a new horizon for someone who has completed Bavli or who wants to supplement it to reach a new level of learning.”

According to OU Executive Vice President Rabbi Steven Weil, “Rabbi Grossman’s Yerushalmi shiur will provide a clear analysis for any student of Torah Shebe’al Peh who is interested in understanding the depth of Yerushalmi. This is an area that we are excited to embark upon to complement the other dimensions of OU Torah. ”

A veteran teacher of Talmud Bavli, who has recorded 444 sessions substituting for Rabbi Elefant, Rabbi Grossman is known for his lively instructional style supplementing his deep insights into the text. He has spent the past five years preparing for Yerushalmi.

There are several pagination systems for the Jerusalem Talmud, Rabbi Grossman explained. He will use the system of the ArtScroll Mesorah Talmud Yerushalmi, first printed in November 2005. According to the Publisher’s Preface to Tractate Berachot, Talmud Yerushalmi “is one of the fundamental components of Torah Shebe’al Peh, the Oral Law, yet it has been one of the most difficult and neglected areas of Talmud study.” It was compiled between 200-350 C.E., the Preface explains, by the five generations of sages (Amoraim) who lived in the Galilee. Because of Roman persecutions, the Amoraim were forced to flee to Babylonia and so it was never possible to redact the Jerusalem Talmud into its final form (Page xxiv).

There is no leading commentator for Yerushalmi, such as Rashi for the Babylonian Talmud, Rabbi Grossman says.

According to Rabbi Grossman, “all through the two Talmuds there are differences.” If there is a dispute between the two, he explains, the Babylonian ruling is followed. Also, because the Jerusalem version is considered to be more concise and terse in its language and harder to learn, its study has been limited. Only a “small percentage” of those who study Bavli study Yerushalmi, Rabbi Grossman makes clear, although in Israel there may be more attention to it “because Yerushalmi has tractates which deal with the produce of Israel concerning tithing (ma’aser). The Bavli does not cover those tractates.” He notes that the Ger Chasidim “learn a Daf a day in Yerushalmi as well as Bavli.”

A final thought and prayer by Rabbi Grossman:

“I concluded my final Daf of the 444 recorded as part of the OU’s Talmud Bavli with an insight by the Mashgiach of Lakewood Yeshiva, Rav Matisyahu Solomon, shlita, concerning the character trait of sakranus, that is, curiosity. The Almighty endowed man with intelligence so that he would be curious to master the entire Torah. I would hope that those who have learned Talmud Bavli would be curious to discover what Talmud Yerushalmi is all about. I pray that Hashem gives me the ability to present the depth of knowledge found in the Yerushalmi in a clear and cogent manner, to the enjoyment and Torah enrichment of our listening and viewing audience.” 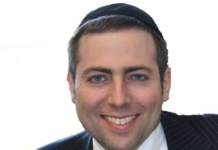